Some already know about this but for those who don't, I started experimenting with propagating Miscanthus via cuttings 2 years ago. At this point I'm 100% sure it works as it was successful the past two falls.

In mid to late August look at the first node in the grass growing closest to the ground. On many of them a new rhizome starts growing out the side. Sometimes it's obvious and sometimes there is just a little bump. 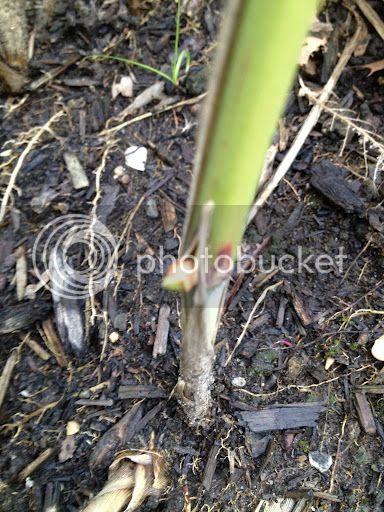 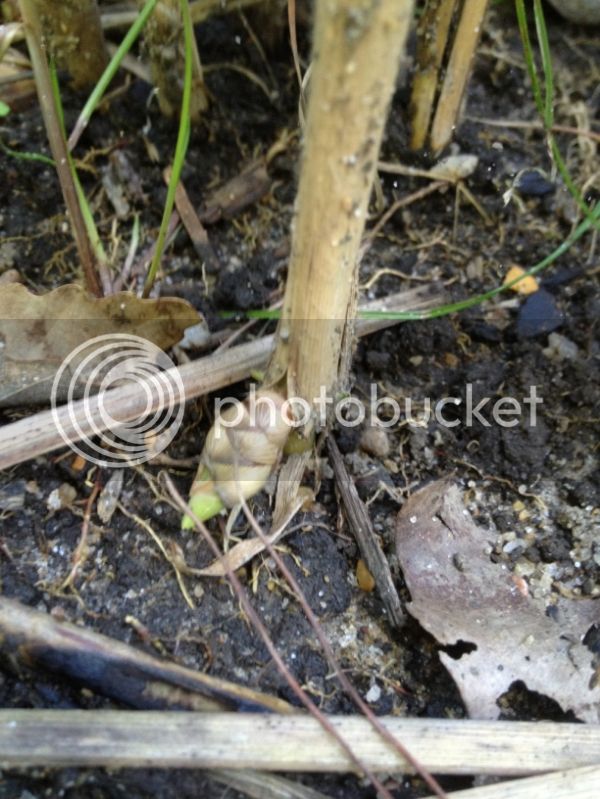 Cut below the new Rhizome and about 6 or so inches above. You end up with cuttings like we use for trees and shrubs. 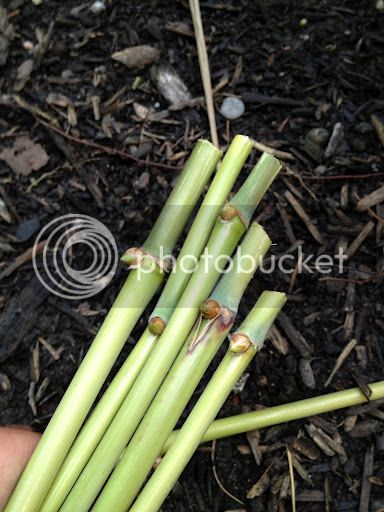 It is NOT necessary but if it makes you feel more comfortable they can be dipped into Hormodin # 3 rooting hormone before planting or potting.

I don't know if it is necessary but I always plant the cutting in the direction it was growing. If direct planting open a hole with a screw driver so you don't break the little rhizome off. 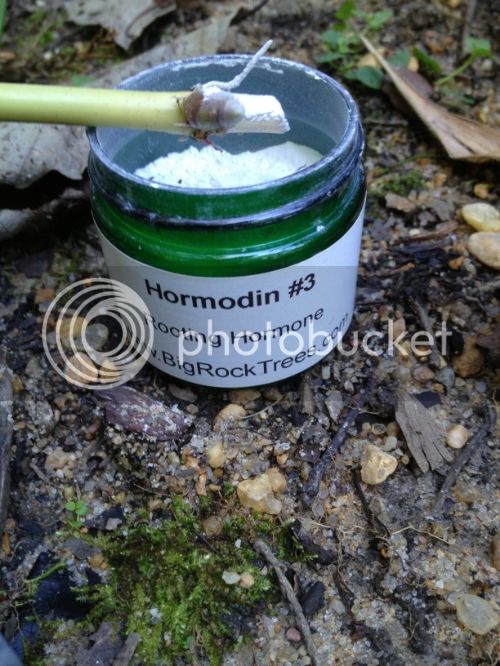 Before they go dormant for the winter you will get new growth on top and on the bottom. 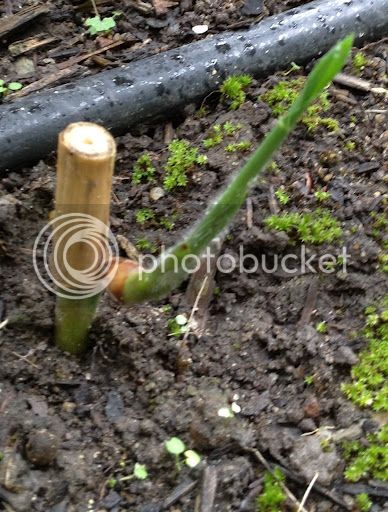 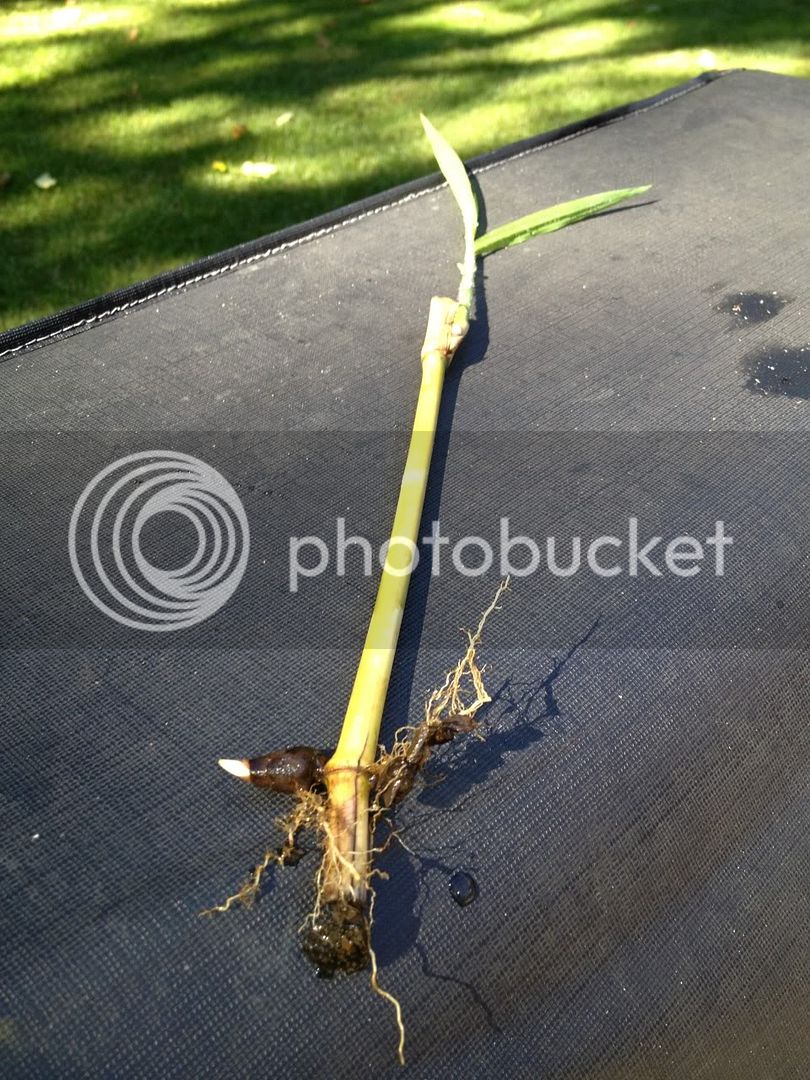 When Direct planting them I do mulch them with straw or hay for the winter. If potting them store in the garage or with Hay to prevent a hard freeze. They will be back in the spring and you didn't have to dig a hole to put a rhizome in.

I haven't tried yet but I believe you could cut a whole stalk and bury it horizontally and get sprouts at each of the nodes. I also believe as Dgallow pointed out to me, a growing stalk could be gently bent over and buried while still attached to mom and it would sprout new Rhizomes and stalks. "Experiments yet to be tried."

Yes this stuff is sterile at the seed head and I doubt it will ever be invasive but Mother natures way is regeneration and I believe that's why we get the little rhizome every year.

Great post! You have me thinking now, I'll have to try this in August. Do you cut only 1 from each mother plant or can you do multiple cuttings from the same mother plant?

I wish that stuff did better up here for me. I'm right on the edge of its zone. It survives, but doesn't do "great". Maybe it is where I planted it?

Is anyone else successfully growing it in Zone 4???

Love to know more on the stalk bending abilities. I have a bunch of rhizomes coming from Maple River in Michigan this week, and the method could have me cut down on spacing. Anybody with experience?

Thanks Stu, I was going to wait till this summers experiments but Miscanthus was being mentioned so I thought I'd throw it out there.

Scott,
I always do multiple cuttings from one plant. What I haven't tried is to get multiple cutting from each stalk. It only grows a rhizome out of the very bottom but based on the fack that a stalk starts at the next node up I suspect it would also grow roots/rhizomes. I wouldn't harvest every stalk off of a first year plant though, maybe 50%. As there going dormant MG sends nutrients from the stalk back down into the root system.

Brooks,
Based on all the searches I've done I can't find anything on laying it down like this. Everything I could find on cuttings said it wasn't very successful but that hasn't been my experience. I'm almost sure it will work but can't say 100% yet.

Thank Bill! Thats why I was wondering because I knew the nutients went back down into the roots and if you took too many would it hurt them. Thanks for starting this!
D

Think you could send me 6-12 MG cuttings around Sept?....would like to try that here.

Doug Galloway said:
Think you could send me 6-12 MG cuttings around Sept?....would like to try that here.
Click to expand...

Sure, I guess they would make a trip wrapped in wet paper towels and a plastic bag.

Just planted my first Rhizomes these last couple weeks. Hoping to be able to try this, thanks for posting this information! Keep us updated.

Maple river sent 1000 rhizomes to my house. Which is 900 miles from my farm.
New shipment is on the way but we will only have 1 day to plant them.

I put in close to 800 in 7 hours. By my lonesome. And it sucked. It would be much better if it was in a plowed field, but all mine went just out of reach of disc, and roots, grass etc made the job a lot rougher. Be worth it when they serve the purpose. Mailed Jim Trout his 200, and 4 other guys in the are took 200 apiece as well. Thank god they picked them up as I had enough.

I'll be trying some this year myself...If it's half what they claim, this is a REAL game changer!

Thanks for the thread, bill!

Sorry for being slow to respond. I just got off the tractor. Being this far away when I'm here I go til dark.

Thankfully, I have help. My brother and a friend.

Best laid plans, I'm hoping it goes smooth. I killed the strip with gly and atrazine a month ago, a couple days ago I disked with one of those useless groundhog 4 wheeler disks. Made it fluffy but not deep enough.

Hooked up a middle buster to the 3 point hitch and I can get some quick holes in the ground with it.

Thanks for the well wishes!

Steve,
Stu is right this stuff will make a wall or a field of bedding. I'm making a wall to screen the road. I'd love to have a 5 acre field with this stuff planted in 10 foot blocks.

Things went well today. Postman showed up at noon with the Rhizomes. I had already sprayed the area off. We hooked up a middle buster that we previously altered to a subsoiler. $150 at tractor supply.

A couple of passes, then run it backwards to open the trench. 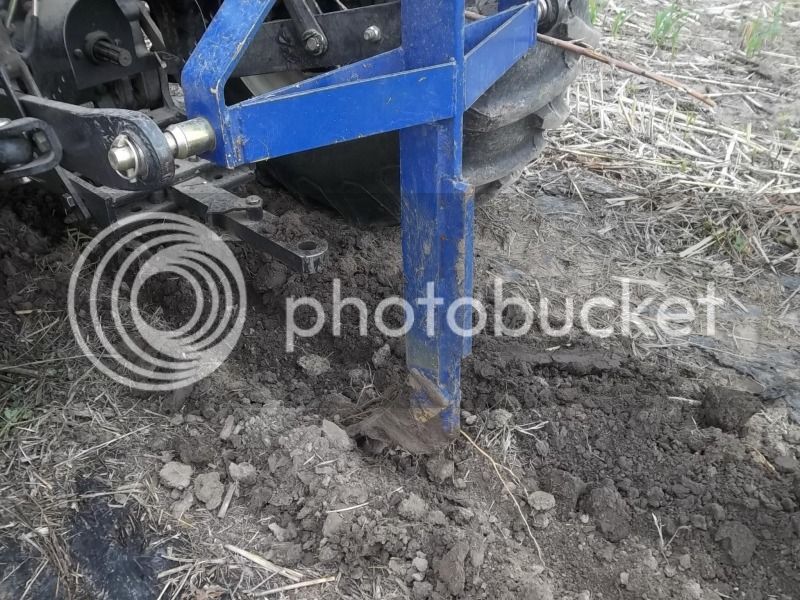 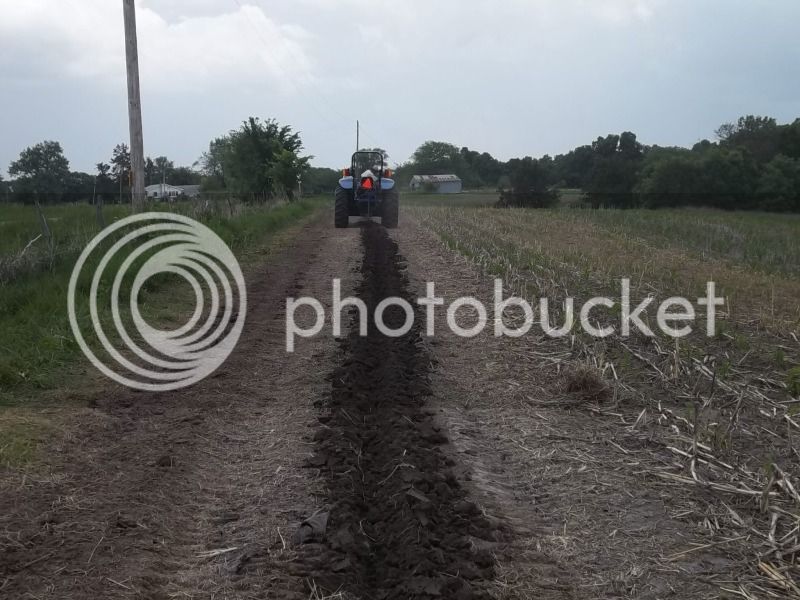 After that it was just walk along drop a Rhizome, kick dirt over them, then run the 4 wheeler over the trench. 400/hour. 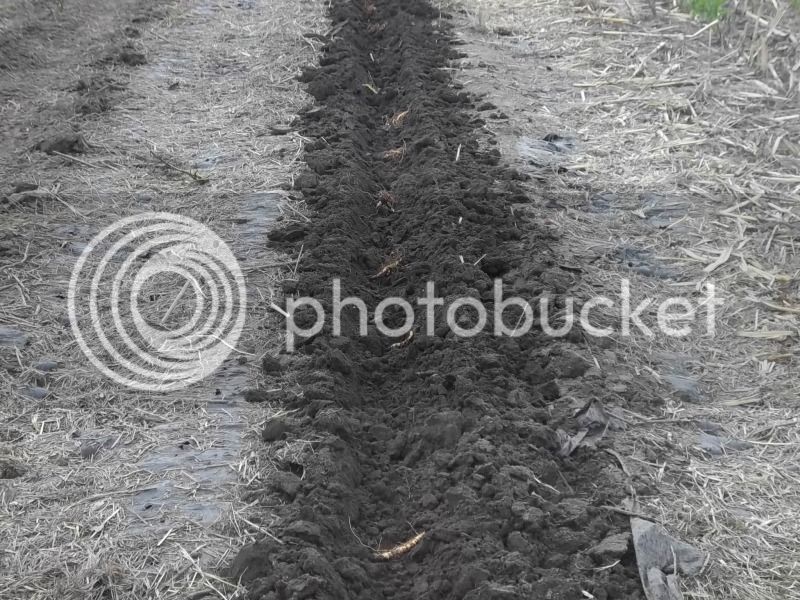 I miscalculated how many I needed, ended up with twice as many. Now I have a run with 2 rows about 4 feet apart with a Rhizome every 18 to 24 inches.

Hopefully in the next few years I'll be able to show you a wall!

Can't wait to see it. But you'll have to show us what you get this year yet.

Yeah, I got a fancy tool for these too.

3.5 hours for 200 by myself in the rain. Now the question is will they get enough light and not drown. I'm not sure what we got for rain before I started planting, but man was the water level high in the dirt even on my ridges.

smsmith said:
It is what the claims state, pretty amazing stuff really. I haven't checked the clump I've had here for 2 winters as of yet, but I'm betting its alive. By year 3 a 10-13' "wall" is likely...not possible...likely
Click to expand...

What's got my interest isn't the height, but the girth of the clusters at that point - they're supposed to be 14" diameter with 25 stalks.

So you have 8-10 rhizomes per clump at 3 years you can thin and replant without even reducing your 14" wide obstruction.

Also forgot to thank Brooks again here. Thanks for doing the order for us!
You must log in or register to reply here.