ODN August 22 article page 44. Maybe it is time for the DNR to go back to the bounty system for preditors to increase deer numbers!

We have a lot of yotes in OTC.

I need to try harder to get up here in winter and try hunting some day.

A few years back it seemed to be pretty common to read in the papers (or online) about troublesome urban coyotes grabbing little Fidos from backyards. Really wouldn't surprise me if bounties would happen.

I dont know that Mo has ever done the bounty thing??? I have been getting lots of trail cam pics of them. Wish I knew a good trust worthy trapper. I just dont have the time..

smsmith said:
I'd like to learn how to trap them. I think trapping is really the only viable method to have a true impact on their population
Click to expand...

I use to live for trapping. My neighbor taught me allot as a kid (i learned allot of other things in the fur shed as well haha) but the best thing I ever did was purchase a tom miranda predator trapping video.. I hope get a hunting shack built in the next couple yrs and look to pick up trapping again. But to drive out every day to check traps is just unrealistic for me at this point in my life.

Maybe I will have to do a thread on coyote trapping. I was a Govt trapper for close to 15 years. I have trapped coyotes since I was 12. My trapping has been limited the last few years with two kids in Jr High and High School.

Snaring is the simpler form of "trapping" if snares are legal in your state. Bounties dont work, it has been proven with university and agency studies. Trapping is definitely the most efficient way to reduce coyote numbers, but it needs to be done yearly and over a fairly wide area to have a significant population affect. On small properties the most effective impact for coyote control to say increase fawn survival is going to be February through April.

My neighbors group hunt the heck out of them in the winter by me. They take anywhere from 60-100+ a year from the area. I asked them about the effects on deer and they said they just move out from where they're coyote hunting and go back in once they've gone threw. They usually get a few off of mine so I don't see a problem with it.

Do coyotes have cycles? We have a group that hunts them with dogs during the winter. They usually get around 30 a year. I have never noticed a reduction in their numbers though. Last year they only got 4 and we have only heard them a couple times this summer. Usually you can hear them every night all summer long. I am hopeful that as bad as last winter was maybe it put a dent in their numbers too.

My buddy and I have used leg hold and snares for trapping. We hunt them with rifle and bow. The adjacent county has had bounty as long as I can remember. Hasn't made a dent on the population despite some making a living that way. But If people spent as much time improving their bedding and fawning areas, they would have less reason to worry about predators of any type. We have had here coyotes for 33 years that I am aware . Do they take fawns? Yes, they are opportunistic predators. So do my bear and bobcat and bald eagle and I bet even my red tail hawks. So do I kill every predator that might take one of my precious deer? Waste of time. Predators exist because of the availability of prey and their numbers will fluctuate. Their is no simpler cause and effect in nature than the prey/predator relationship. Follows such a simple S curve. Coyotes do take deer but more so the mice and snakes and ground hogs and other varmins. They put a hurt on rabbit and quail and maybe turkey. But they are not a deer killing machine sometimes made out to be. I watched this last year as my dominant yote passed thru a prime deer bedding area. As soon as he had passed, nearly a dozen deer, of all ages, up and downwind of where he had passed, stood up and began leisurely feeding in the area. Kill your predators, and if food is available , more will move in and the resultant struggle to establish the new pecking order within the new groups will cause more damage to the prey than an established one.

Improve your bedding and fawning area, control deer overpopulation of holding capacity if needed, kill a few predators when you have the chance, and your worries will be simplified. Love my deer but I can get a lot of enjoyment from watching a coyote do his jump in the air to dive nose first into a foot of snow retrieving a mouse. No different than watching my hawks dive 100+ mph to nail a rabbit.

chummer said:
Do coyotes have cycles? We have a group that hunts them with dogs during the winter. They usually get around 30 a year. I have never noticed a reduction in their numbers though. Last year they only got 4 and we have only heard them a couple times this summer. Usually you can hear them every night all summer long. I am hopeful that as bad as last winter was maybe it put a dent in their numbers too.
Click to expand...

When coyote numbers drop, you often have wolves around. Could that be happening in your case?

sandbur said:
When coyote numbers drop, you often have wolves around. Could that be happening in your case?
Click to expand...

The state says there are no known wolves. Actually the opposite we have a pair of foxes we have been seeing all summer.

When you have coyotes, red fox numbers are usually down. Grey fox are not bothered as much by coyotes. (greys can climb trees to escape coyotes)

I read an article a few years ago where red fox numbers were increasing in wolf range as compared to coyote range.

Our yote numbers are down and wolf sign is up. I've been working on fox habitat because the lack of mouse predation caused a surge in the rodent population. 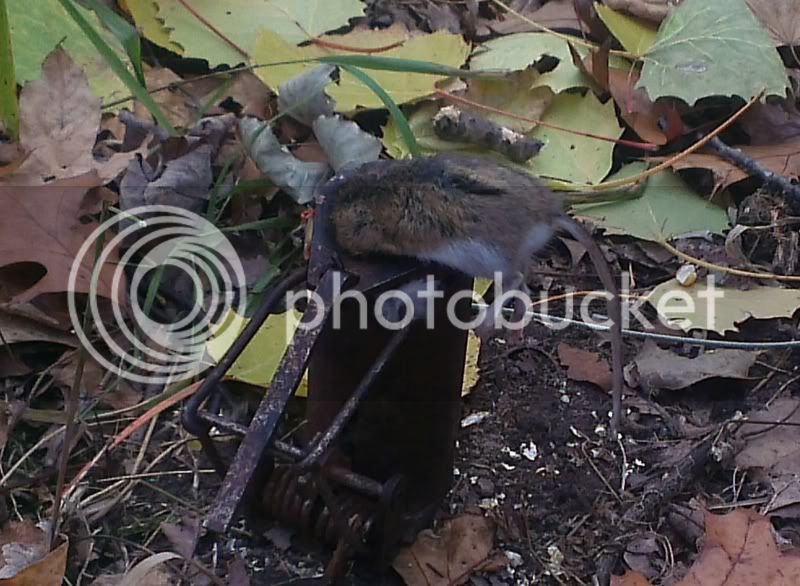