thoughts on being aggressive during the rut? 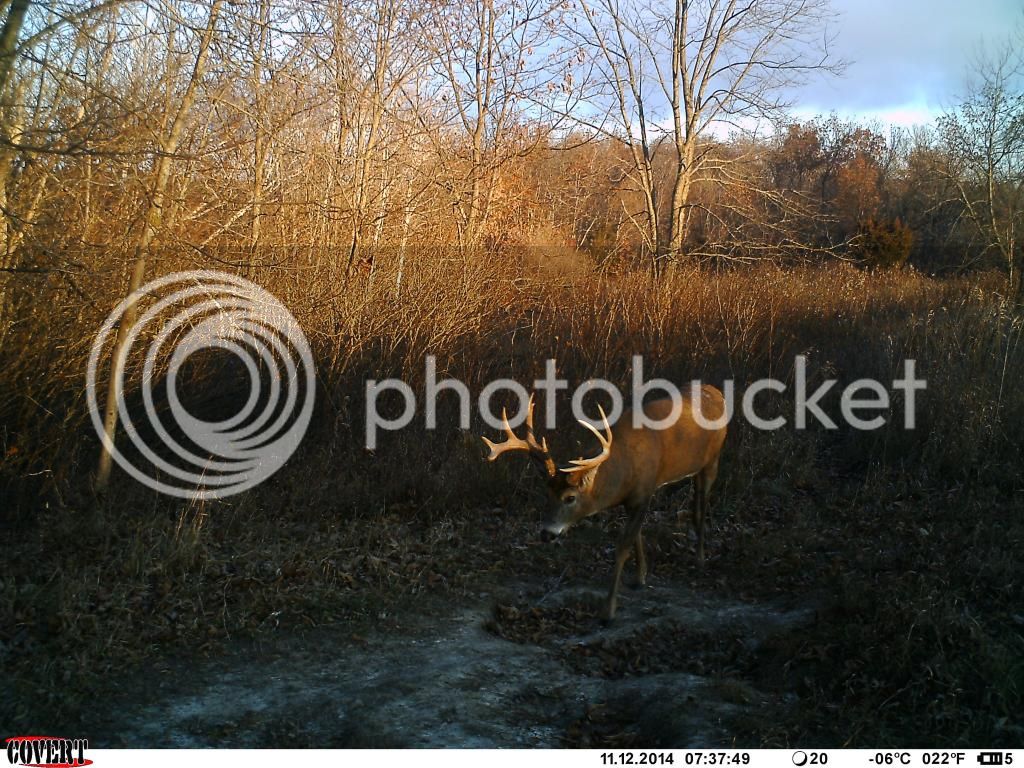 Finally got a day pic of crabclaw. My question is how aggressive do you guys get during the rut? To the left in pic of crabclaw is my west side sanctuary where I have some hinge cut and do not enter during season, it is about 20 acres in size and I have a few cams set up on edge of it. Most all my day pics of my hitlisters are along the sanctuary. Food plot is on the right side of pic and my three stands are on other side of plot because that's the way I enter and always thought to hunt edges of property so I don't overhunt it. I always thought the bucks would eventually cycle around it but they are staying on that west side and scent checking that plot. Would you guys have put a stand a few yards into the west side knowing it might be intrusive? I think I read to many articles where my instincts say I should have put a stand up two weeks ago and said hunt it now. Thanks for any input. Scoot

I really think you need to get a stand up somewhere in that area. Maybe you don't even hunt it every year, but it's there when you need it. Steve B has mentioned on here several times that he has stands setup in santuary type areas and hopes to never hunt them but under the right conditions he will go in at the right time to get the kill on the first hunt of the season out of the stand.

Also FWIW, I had a nice mature one on his feet midday on the 14th. We are lucky to get a shot or two per year of mature bucks moving about midday during an open hunting season.
B

Agreed Bueller. Gotta have the stand there. Have a stand there for back up. If you can't get it done outside of the sanctuary then you have the option to kill him but you will only get one or two shots at it so you best off only going in when the conditions are perfect.

A spot like that is worth a sit or two at the right times.

The year I shot one of my nicest bucks I was getting frustrated hunting the edges and only seeing deer at dark. So I decided to run down to Walmart and buy a ladder stand. I put it up 50 yards into my sanctuary, waited a day and then hunted it. The first morning I was in there the buck walked up 35 yards from me and I shot it. Sometimes doing things against the grain is the only way to get it done. This was during the rifle season rut hunt in mn.
D

Hunting where your prey is located is only against the grain for a few who think they are smarter than everyone else. I am all for keeping human pressure out of areas we want to hold deer, but I think it's foolish to not hunt a reasonable location there is a good chance of killing a target animal.
In regards to sanctuaries, a deer isn't smart enough to know the difference between which predator is which. Their brains just aren't capable of processing the difference between a human, coyote, wolf, bear, mountain lion and a yetti. Those predators are busting up sanctuaries all the time. The deer whisperers have never given me a response to this, they just push their agenda and count the $$.
A threat is a threat to deer. In thick cover a deer will jump up( a lot of times especially mature bucks won't, I've witnessed them hunker down), run 100 yards, and watch their back track if a predator isn't in rapid pursuit. Even if you happen to kick up a bedded deer once or twice in a bedding area, what's it really gonna hurt. It happens all the time, especially with the qdm sanctuary mentality, because these sanctuaries are overrun with predators like coyotes.
If you got a good spot, get in there early. If you want to be ocd, an hour before light. Get in that tree stand, and sit all freaking day. Dark-dark doing this even a couple times a year will not even register on the pressure guage. Deer just aren't that smart. No matter how much bone they have on their head.
There was a time my place was overrun with coyotes. I'm talking a couple pictures a night/ camera. It was obvious the deer felt it. They were uncomfortable, constantly on guard, difficult to pattern and Ultimately hunt. I'm sure this effected mature buck daytime movement. My buddies and I shot 20 yotes last year. It is a blast, I feel the rush multiple times a day chasing those bastards. Far, far more enjoyment than deer hunting ever would. It's kinda like the old days of deer hunting. The yotes have really been cut down, and my hunting has improved dramatically. Removing those yotes in my quasi sanctuaries has benefited the holding power of these bedding locations more than complete avoidance ever would. Plus it's fun, and that's what the deer whisperers never preach about....
D

thanks for bringing this up, you got me revisiting the fun days of how we hunted. That was drives! Piss pounding every square inch, multiple times a season. Hell in the "prime" bedding spots, we could drive them twice a day with 30 guys and always kick out deer. I think of why. We didn't care back than and gave no thought to it. We just knew there where certain spots that always had deer. There was no sancturies, if anything, that's what we pressured the most. But the deer kept coming back. Those were before the days when 99% of the bucks never saw 2.5. That's because the locals were damn good at killing them all. Why, because we knew where the deer were, and we milked that cow till it was dry. Central wi hunters and fisherman can do it like no other. That's why my area will never be world class. The hunters are just too good a killing the first basket rack they see.
There where rare spots that held mature bucks. Everyone knew it too. Since everyone hunted everyone else's land, those places got pressured the most, and they still produced the rare mature buck. Why did they grow older in these spots? They were large, thousands of acres, cedar swamps. No match for the 40-50 independent militia. No group had enough guys to cover everything. Deer would backfire in the thick swamps, and ocassioanlly live to 2.5.
I guess my point here is sanctuaries didn't keep bucks alive back than. The shere ability to avoid hunters did, even under heavy pressure.
This is no offense to mo, but look at how hard he's hunting his property. What is it 80 acres. He's got it thicker than snot, and he's still routinely seeing older bucks. Even after multiple guys are hunting it damn near nonstop. I'm sure hes not walking around, kicking up deer left and right. But he's got quite a few guys hunting a relatively small property. But he still is seeing mature bucks on their feet during day light. To me, it's a testament to habitat, habitat, habitat, and how it supersedes every thing. Just like my old school driving story.
Have fun and kill one of those horses!
Last edited by a moderator: Nov 18, 2014
M

If you only have one sanctuary, and that deer is in it? I would hunt the piss out of it when the wind was as right as possible For the days the hard rut is on. The bucks are so focused on one thing you can get away with little or no cover, standing on the ground hunting, marginal winds, it is amazing. But it only lasts a few days. So choose wisely! Good Luck!
You must log in or register to reply here.

Which hunter will do better?
2