I talked with John(Big Rock) yesterday about what I can do with my Reed Canary stand on my property. Sounds like creating islands, or strips of hybrid willow is the ticket. Once it gets big enough to shade out the RC, then I believe with a little TLC on the willows will allow them to spread.

I will be planting a few islands of cover in the RC to encourage use of my swamp. Below are aerials of where I plan on planting.

Planning on a majority of Hybrid Willows, would it be beneficial to plant some spruce, ROD, or anything else you guys think would improve cover? 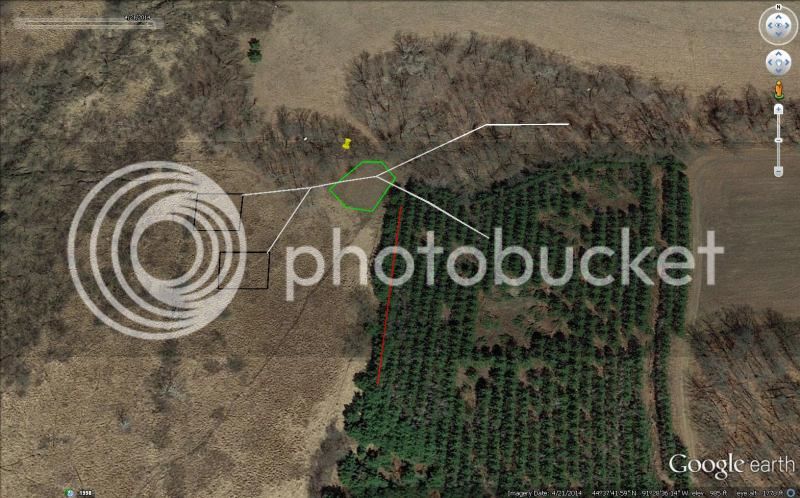 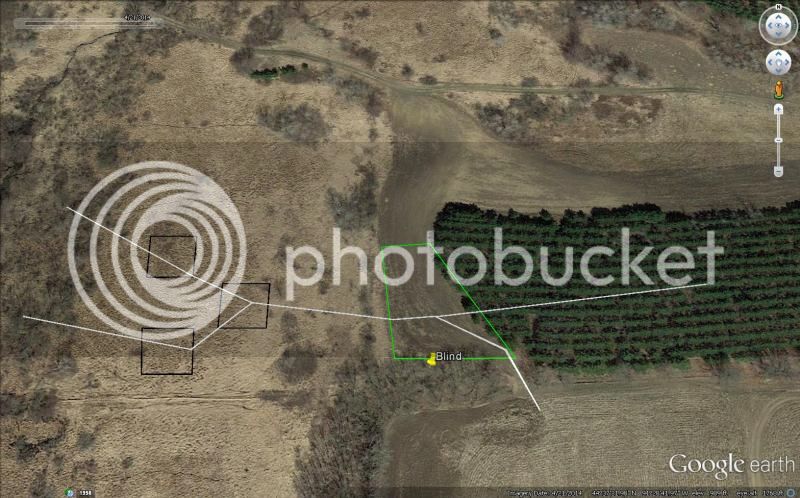 Jake, I have done a couple areas in central WI much as you describe on a couple of old buddies places. See post #33 in the linked thread. http://www.habitat-talk.com/index.php?threads/positive-mn-habitat-solution-thread.1581/page-2 This is essentially how we set up "islands" in RC on both of the places. It looks like it would apply very well to your situation, as you could observe and check for deer bedding in the "open" ends of the V's from the treeline to the east in both situations without getting busted.

I like the diversity of your islands! Can you explain how you killed or controlled the RC? John said to put down black plastic or fabric, then plant through it. I'm wondering if I could drive my tractor through the RC to mow and disc it up? It's only 2 wheel drive, and I am afraid I would bury it.

Would weed whacking a trail around the island, then burn the interior work? I think burning this stuff would work pretty well, then cover it with plastic in the spring.

Neither of the areas I helped with were super wet, only after huge rainfalls and early in the spring did they have standing water of any kind. I was limited to very little in the way of equipment when we did these. The first ones were done in late spring with a 4wheeler and a makeshift "brush-hog" made from an old push mower, much like the ones some guys have built on the "other" forum. Brush-hogged the entire area of the "island" plus like 20'. This was done multiple times to really chop up the grass clippings. Then sprayed with gly and crop oil after a couple weeks. Planted right into the mowed area and it was kept down with repeated weed whacker and mower trips. The second one was done in the fall, after the grasses were done growing, those areas were just run down with a 4 wheeler and then carefully burned(looking back, we were lucky we did it in very small sections, because it could have easily got away from us and burned the whole marsh area. Those areas were planted in the spring after one shot of gly. Some were planted into black plastic and left to their own, the others were sprayed by the landowner with cleth and crop oil about every 2 weeks for the first 2 seasons to keep the grass down. The little orange survey flags are your best friend to mark the lines of trees so you can see them when mowing. Hope that helps.
You must log in or register to reply here.

T
Do you need to fence cuttings?