Even if a tag had not been punched, this was the most fun I've had in the fall because I go to spend so much time taking my kids out. I normally would have hunted more myself but I was waiting on a 200" buck that just hasn't surfaced at my place during shooting hours although I have been getting pics still. The surrounding pressure has not done my small piece any favors and I realized my 1/2 acre hinge cuts are not enough and I need about 4 acres logged.

The season started off with trying to get my 11yr old to get his first deer and he was able to on his second sit at our home farm in mid-September. 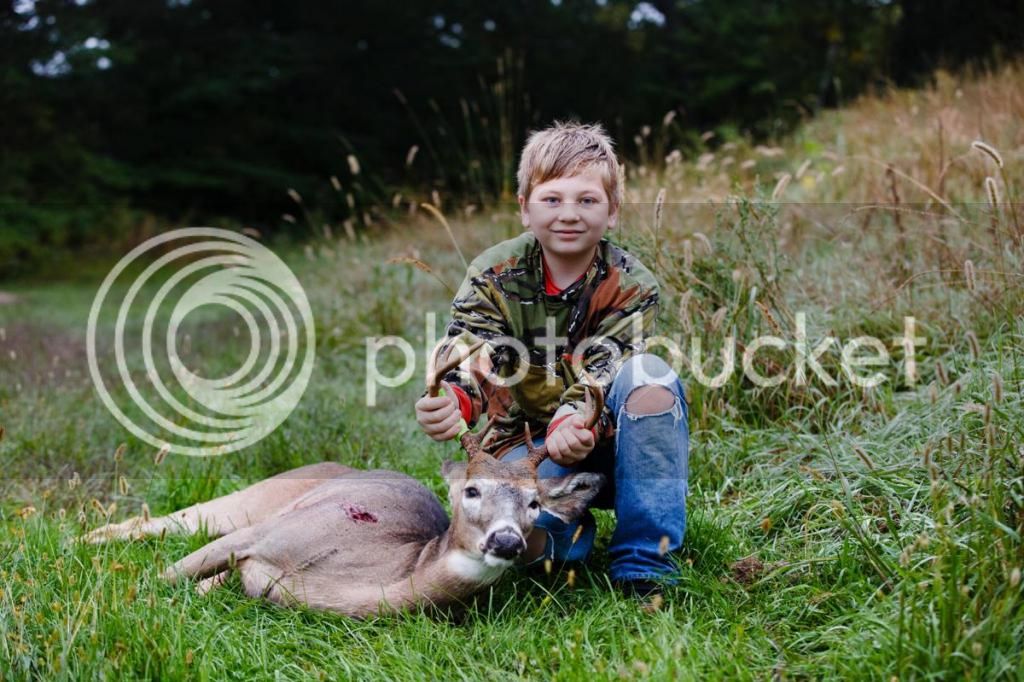 A couple weeks later it was time to get my daughter out and she tagged this nice doe on our Central Forest 30 acres. 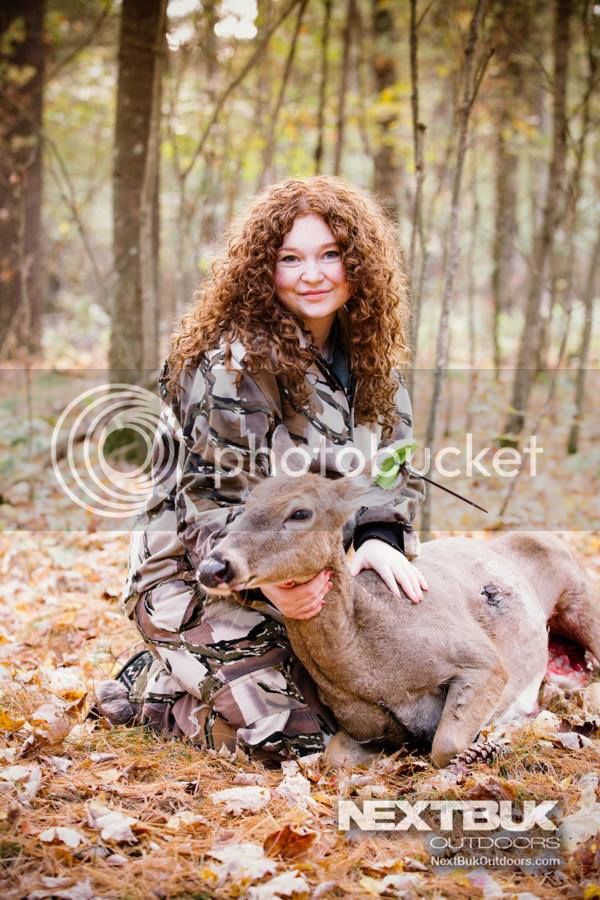 With most camera pics of the 200" a half mile South and nothing else worth hunting for me at the home farm, I turned to public land and set up where I had scouted this spring and was able to put an arrow into this guy within a 1/2 hour of setting up (I got in late - forgot my release). 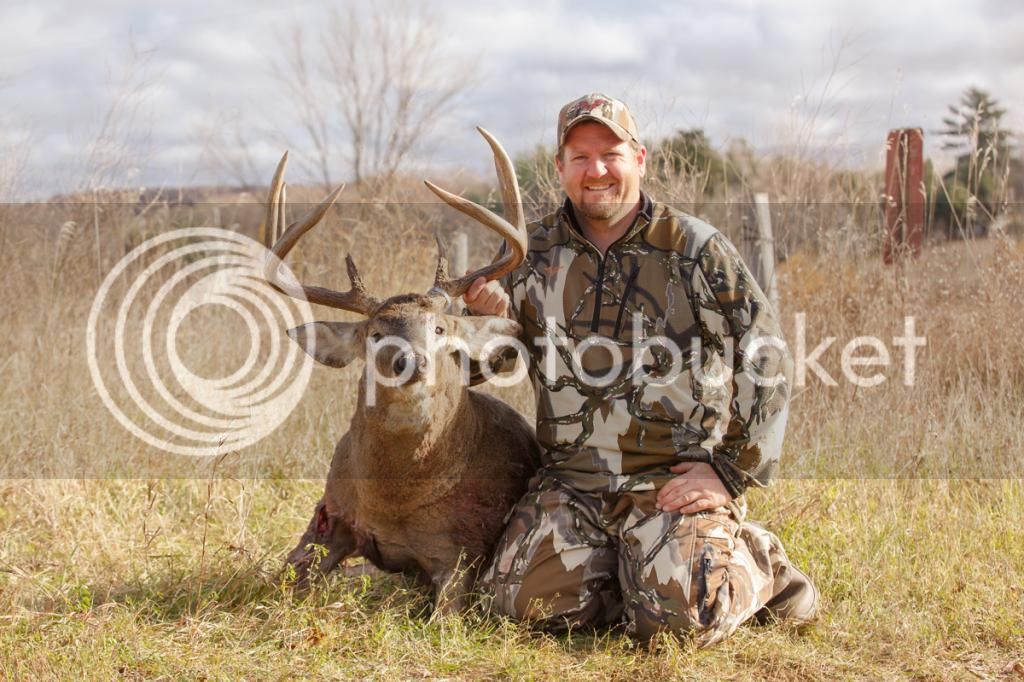 With a full week of vacation my daughter and I chased some good bucks all week and a couple times we were super close on p&y caliber deer but not offered a shot. Last night, the last 15 minutes of her early bow season a large bodied 2yr old with a rack that didn't match his bod showed up and she decided he would be a good buck to take and 40yrds later she was tagged out. All I can say it that it was a super fun ride and I hope there are still more seasons like this. 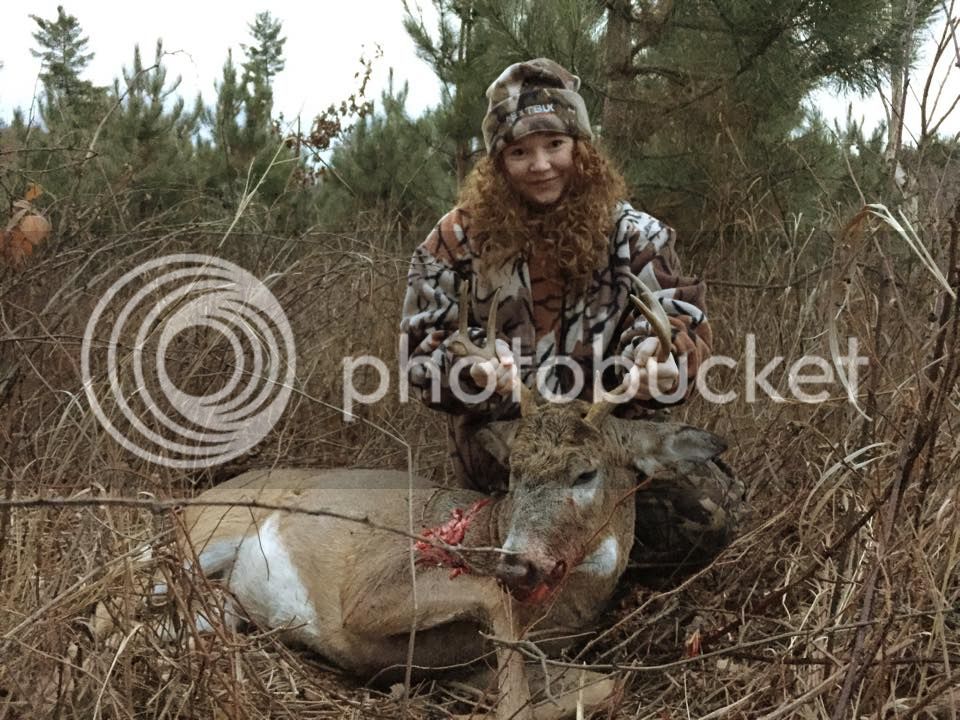 Holy smokes you have had a good season! Bet your on cloud nine! An it's still early too! Now you can just sit back an enjoy yourself!

I try to not put up the watermarked images on other sites or make a big plug but my daughter's doe with the mark was the only one I had on me at the moment. We've had our line of DVD's out at some larger retailers since 2005 and will be releasing a new one soon. TV shows are too expensive to get into so we've just had some of our material on other shows outside of the DVD world. If anyone wants more info they are welcome to PM me, that's as much of a plug as I will make here.
Last edited: Dec 16, 2014
N

Congrats to you and your family! Great pics

Nice to see the kids involved and enjoying the outdoors.

thats a great season! congrats on the success with family and friends!

One more to share from gun season and my son's quote, "Big bucks are exciting but it doesn't matter, I'm in it for the meat and memories."