Fireblight, Stoolbeds, and other ramblings

I've been having a run of fireblight this spring. It started on an old Medlar tree that I planted 20 some years ago. I cut the Medlar down and burnt it but I wasn't quick enough and moved to my nursery. 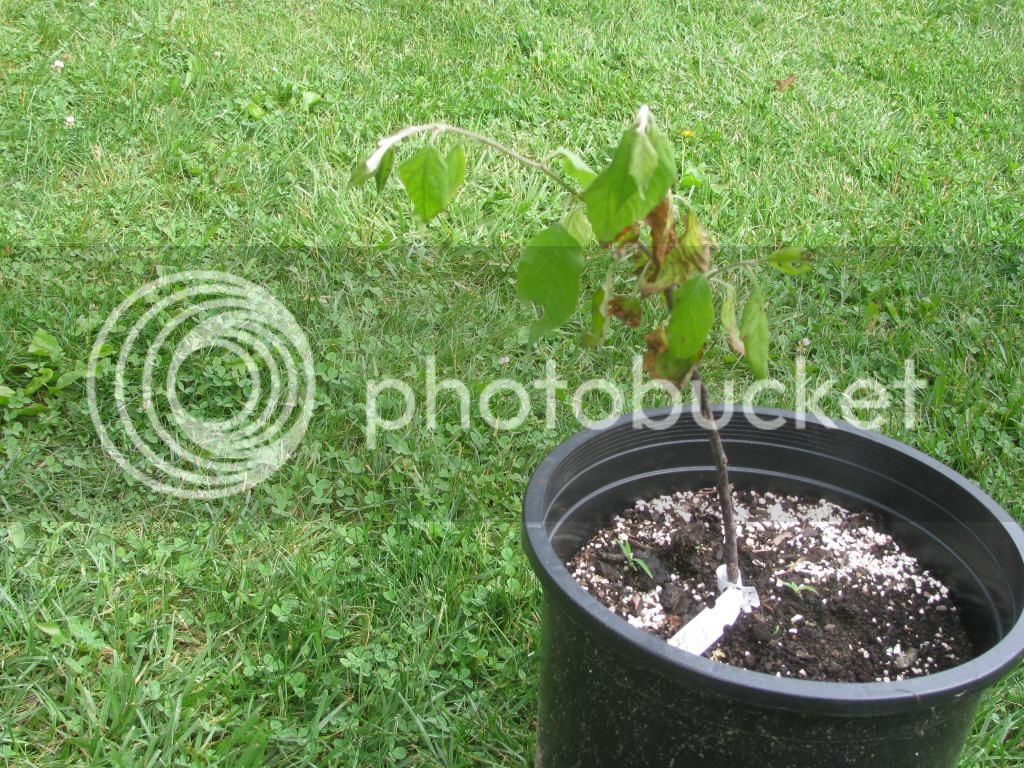 Lost about 5 newly grafted trees on B118 and Antonovka rootstock. Also lost this 20 ouncer that I had grafted last year. It was planted in my Back40 probably a 1/4 mile from the Medlar so don't know if it caught it from it or from something else. 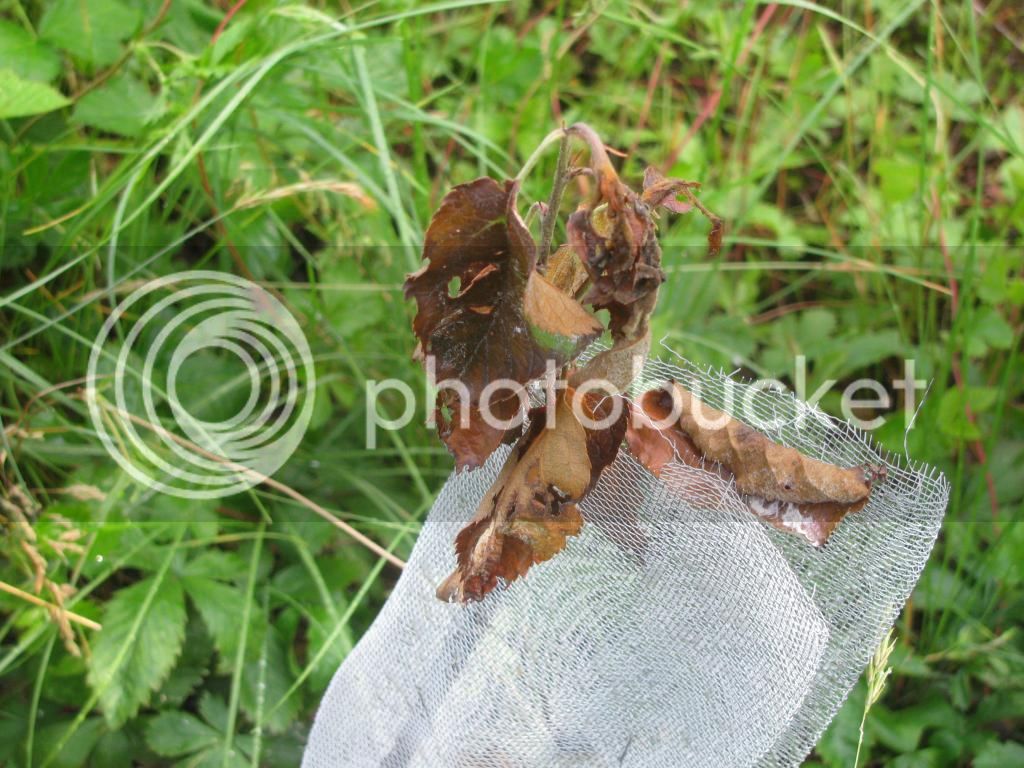 Nasty stuff, but now I know what to look for so I can stay on top of it.

I grafted 31 varieties of apples and 2 varieties of pears and have at least one of each variety looking good so I'm happy. This Chestnut Crab on B118 is "leader of the pack" right now. 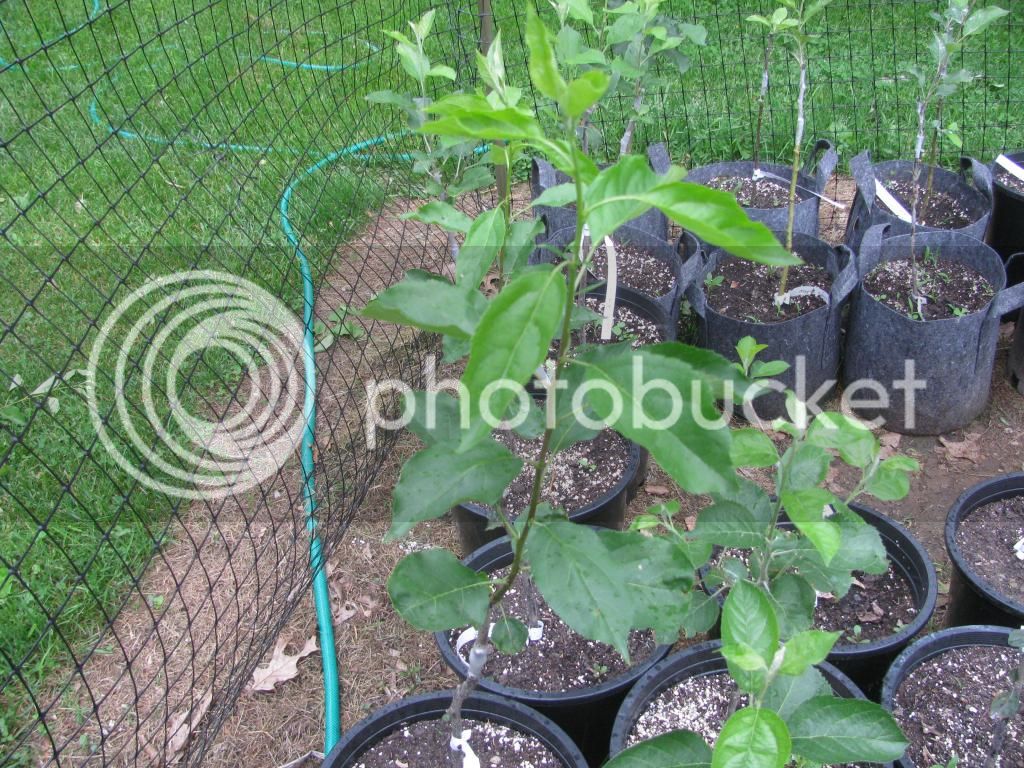 I'm trying my hand at raising a couple of stoolbeds. This B118 only has two shoots on this year. 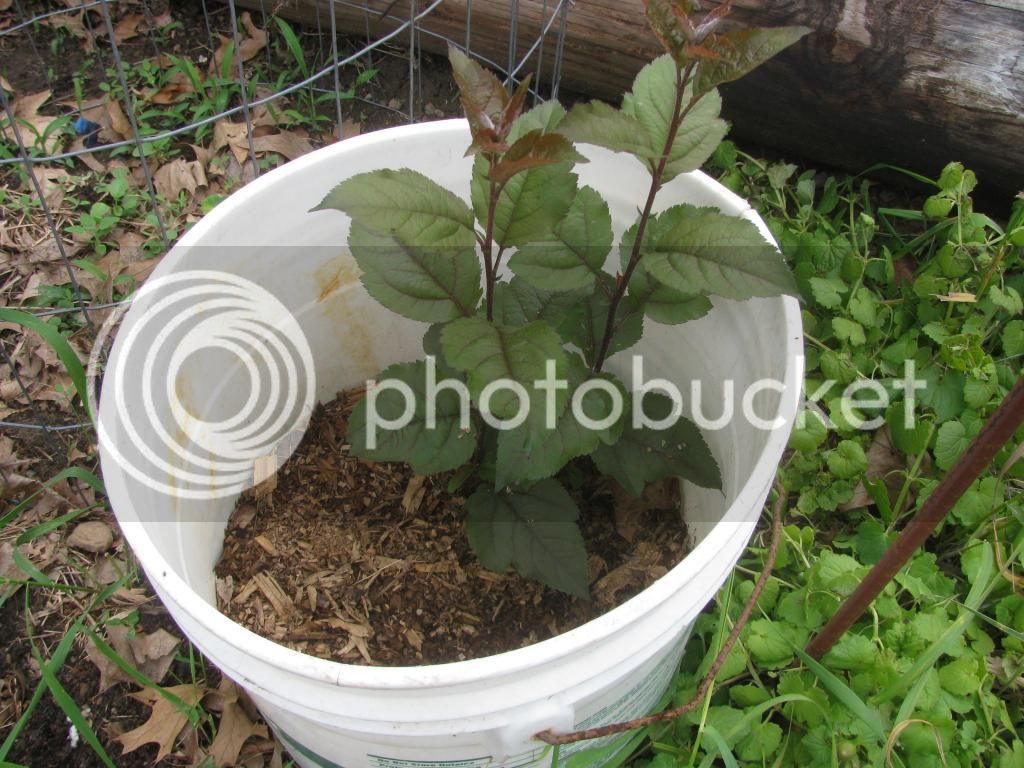 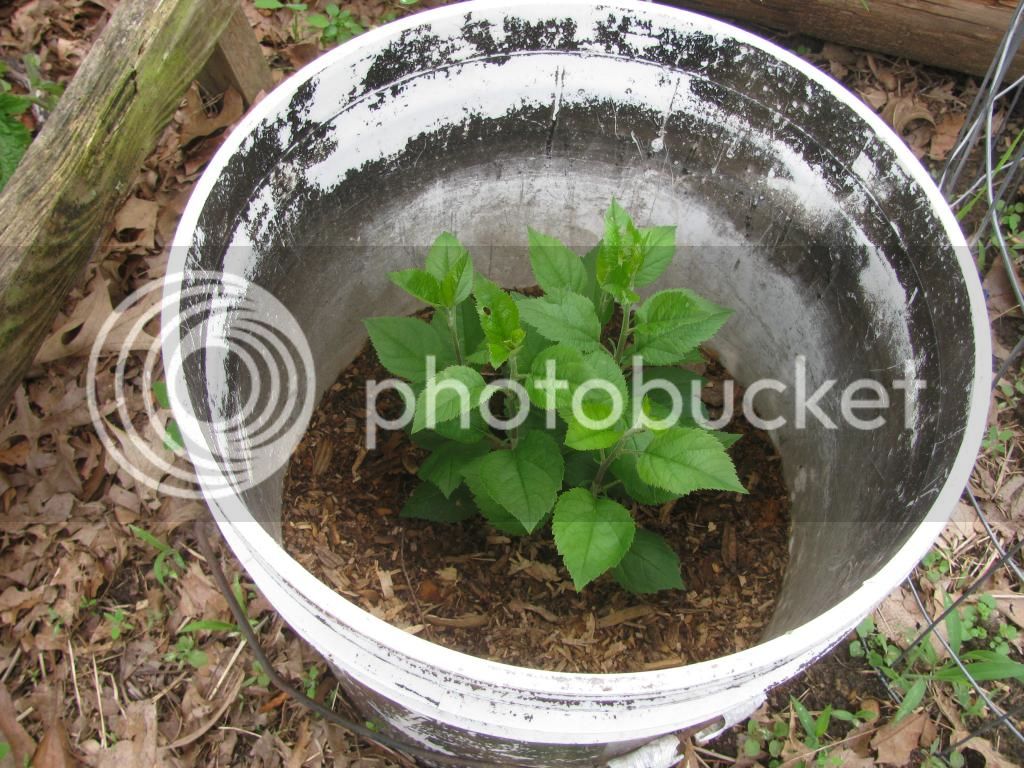 Their just something to mess around with to help satisfy my apple addiction :).

This is a Sherry apple on Antonovka rootstock I got from SLN back in 2004. It's never put much wood on as you can tell by the 5 foot fencing but, 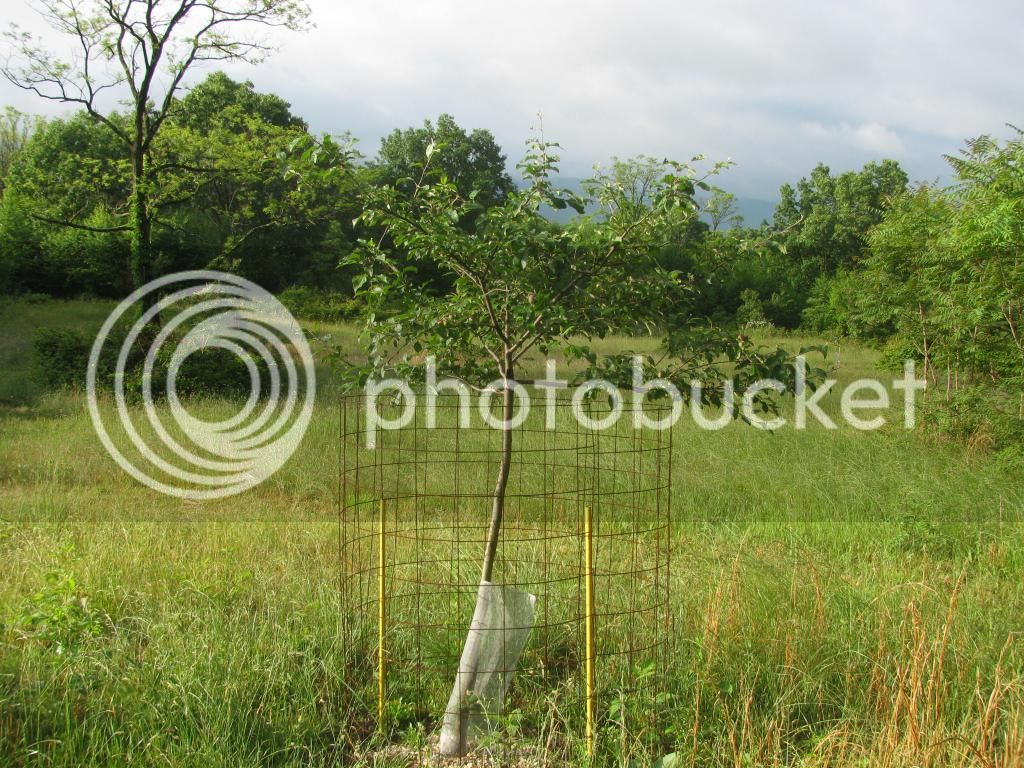 the last few years it has produced some apples for me. Not a great tasting apple I bought it because it was described as holding it's apples into the winter months, but so far it has dropped them in the early fall. It's got some nice apples on this year. 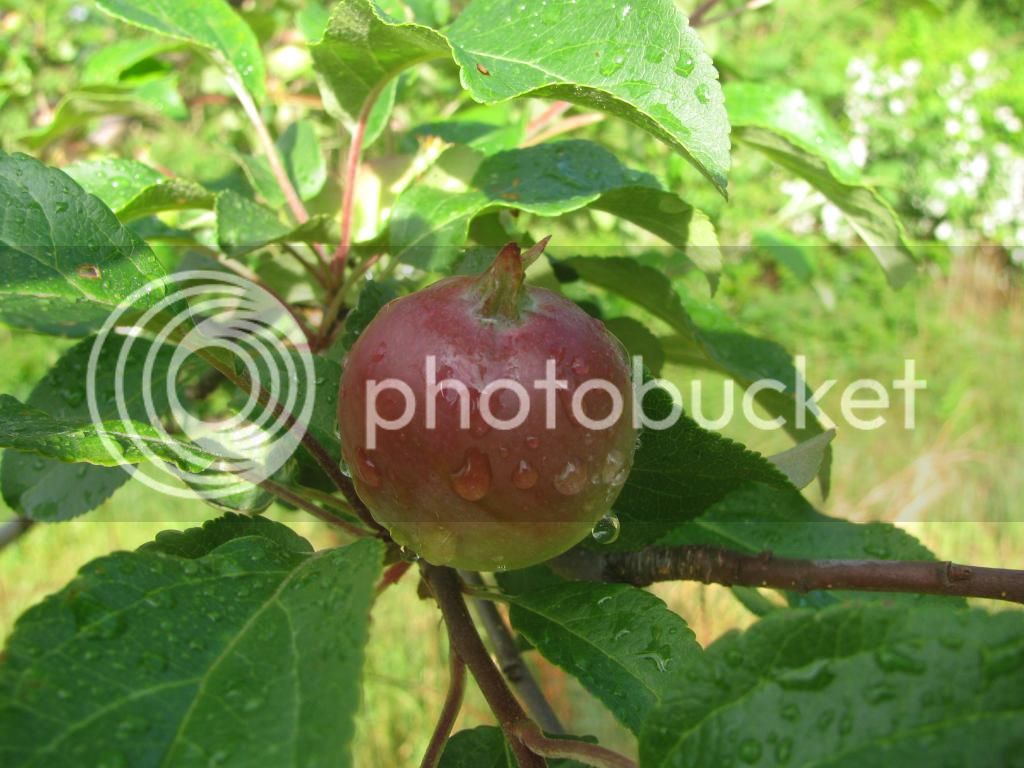 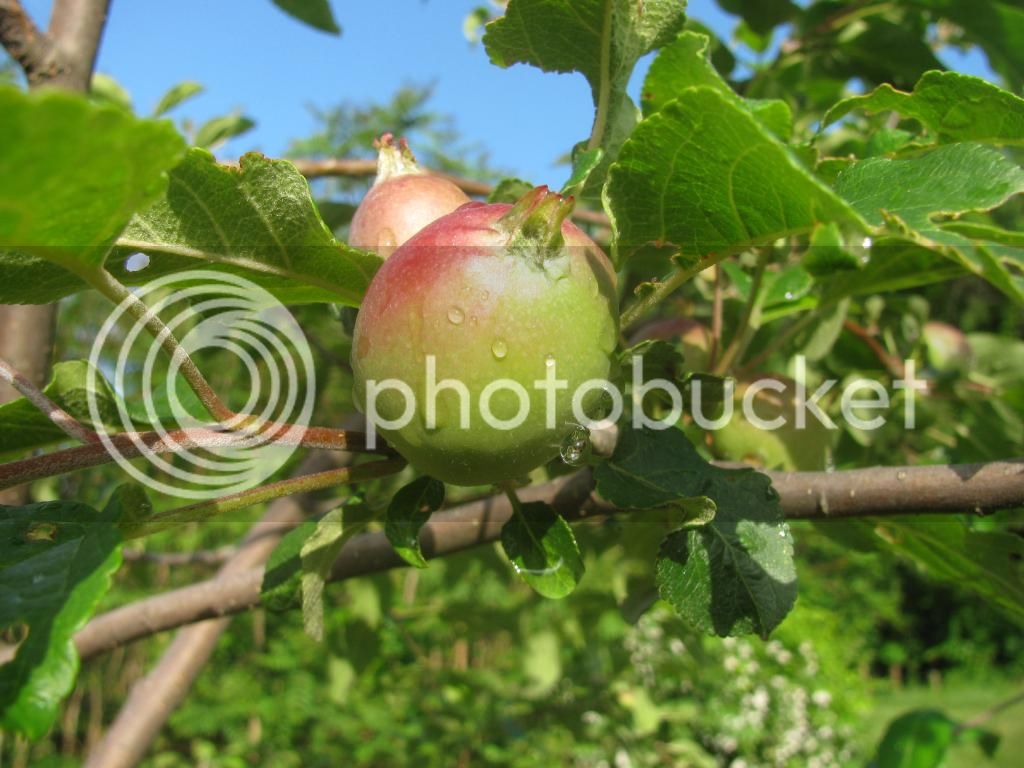 It's always nice to see a tree bear it's first fruit. I've got a small cluster of 1st apples on a Purdy apple tree on Antonovka rootstock. 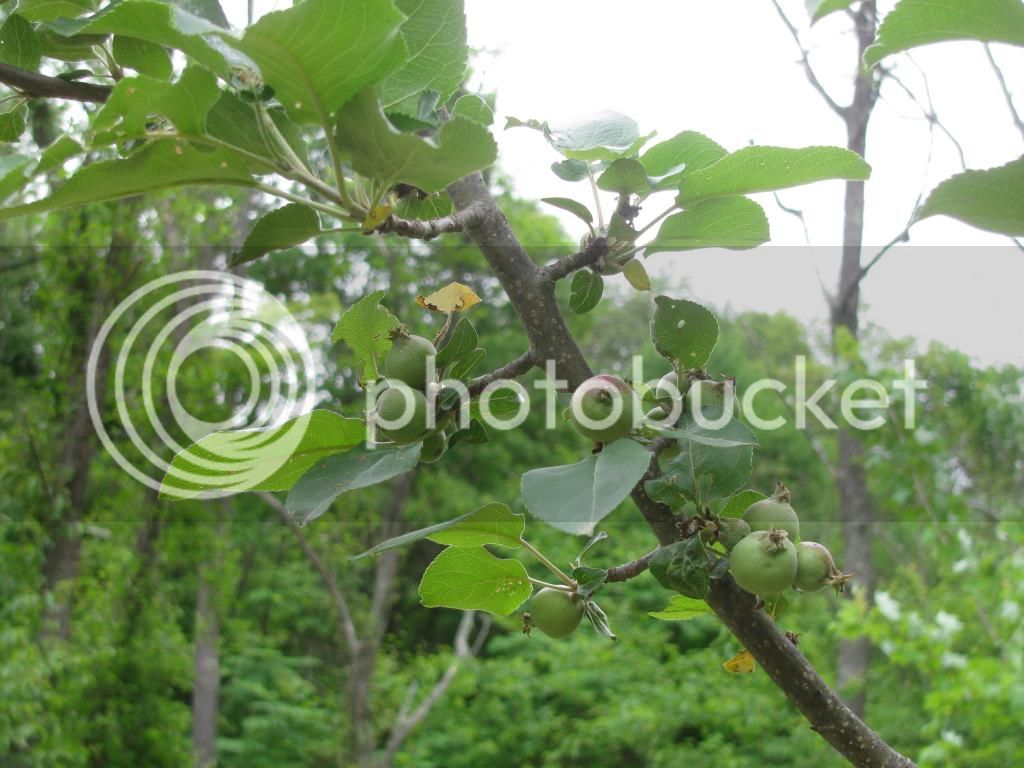 The wife says my life revolves around my apple trees :D.

besides the blight looking real good Rick! I've got a sherry in my Nursery doing really well, and a Purdy out on the farm that I got from you last year. thanks again.

FB definitely nasty stuff!! Worth spraying your trees with Steptomycin when at-risk conditions present and especially when FB inoculum is known to be around....like when you've had it!! Stuff isn't expensive and works great. Certain varieties definitely more susceptible to FB.
You must log in or register to reply here.

B
Rootstock effect on bud break

Question about pollination for apple trees