I got in the stand about 4 last night and it was slow until about 6 when I had 2 does a fawn and a small buck come in. They came straight in and were eating facing me so there was no chance at a shot, they fed off after awhile. About 15 min later I had a 1.5 year old 7pt come in and was there till about ten to seven and then he fed off. 15 minutes or so after the buck left I heard a deer walking towards me on my right and thought it was that 7pt but it was a doe, the doe skirted me and got behind me. After the first doe went through a second one was following her but she cut in front of me and I had decided I was going to take a doe if I had the chance, she walked out at 13yds and I drew back but I didn't see the other 3 does that were behind her and they snorted and spooked the doe I was going to shoot she ran out to about 35yds and I had to let down. She wanted to get back to the other does she came back through and I shot her at 25yds. The shot was a little back and I knew it but I watched her run out into some 2yr old switch grass and lay down. I sat until dark and walked over to my arrow and found very little blood, my son came back and we walked to where I saw her lay down and saw her eyes and she was still alive so we backed out and went back at 10 and she had expired.

This is that little 7pt, I shot the doe just in front of him where the tall grass starts. She ran and layed down inbetween the 2 olive bushes upper right. 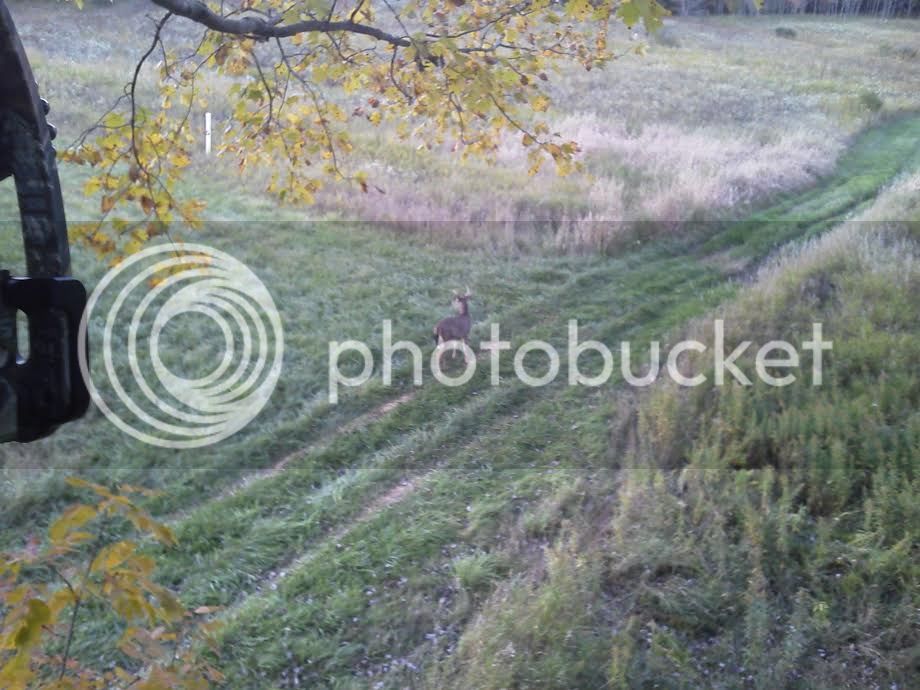 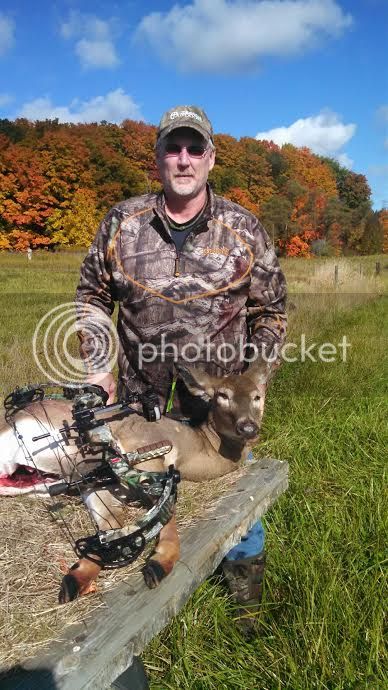 Well done. It's meat for the freezer.
D

Well done! I've been eating vennie for a week straight, its damn good fresh isn't it?

tooln said:
Well done. It's meat for the freezer.
Click to expand...

Thanks Guys! I do some surveying of my doe populations through cameras but I really like seeing for myself, this was my 4th sit of the year and the first 3 I saw 15-30 does and fawns so winter didn't hurt us too bad and a few does can go and yes we like fresh venison.
D

Nice work!
You must log in or register to reply here.