Has anyone else looked at the Germplasm Resources Information Network GRIN
http://www.ars-grin.gov/cgi-bin/npgs/html/site_holding.pl?GEN
I've been wandering around there for several months and still haven't figured out all the info they list, but if your an apple nut it's a place to waste......I mean spend a lot of time looking. Scroll down to malus sieversii that's a collection of apples that were brought back from Kazakhstan in the late 90's. These are for the really hard-core odd ball apple addict :eek:. You can order scionwood from them. Here's a link to a discussion about that http://forums2.gardenweb.com/forums/load/fruit/msg010054346559.html

Ken Weston from Weston's Antique Apples is big into the Kazakhastan apples. I took their grafting class Saturday for the second year in a row. 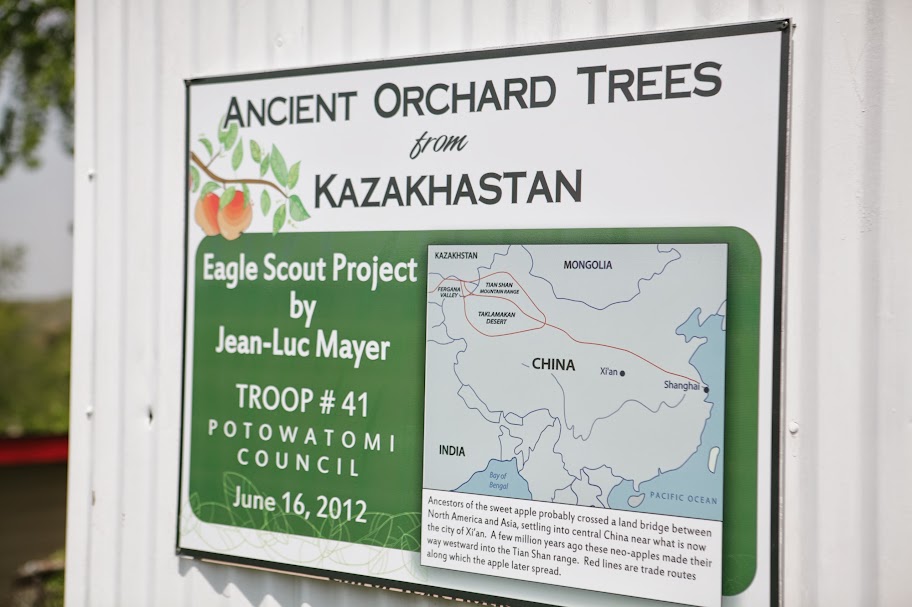 That could be a USDA stipulation because of the unknown hybridization/colonization status (invasive or not) of the plant. So they could have the "you need to be doing research" verbiage to satisfy the fuzz and only give it lip service in practice. If they were ever audited they could say "hey, they said they were in compliance." Just a thought.

smsmith said:
Well...we're going to find out if you can indeed order scionwood from them. I submitted an order tonight...however, they state that the scions are to be used for research, require an organization name, and a statement as to how they'll be used in research.

Time will tell if I filled things out well enough to satisfy their questions or not
Click to expand...

When I ordered my scionwood I stated that I wanted to study disease resistant apples and crabapples for homestead use and would report my findings on various internet boards. I received an email conformation for my order several weeks later.

I got my confirmation back last week.

smsmith said:
What did you guys ^^^^ put down for "organization"?
Click to expand...

I'm betting something as simple as the habitat Facebook group you guys started would be enough, research into wildlife and habitat improvements take place everyday all over the country on many levels. And besides, it has a Facebook page, that automatically makes it legit!o_O;):)

smsmith said:
What did you guys ^^^^ put down for "organization"?
Click to expand...

i always just use my name as the org, since on the topic here is what i ordered,

I noticed the Wetonka, Wakaga and Dakota on the GRIN site a few weeks back. I liked what I read as well.

wiscwhip said:
I'm betting something as simple as the habitat Facebook group you guys started would be enough, research into wildlife and habitat improvements take place everyday all over the country on many levels. And besides, it has a Facebook page, that automatically makes it legit!o_O;):)
Click to expand...

That's done a few weeks ago.

My requests were similar to Lee's.

My order was for:

Down the road there might be some interesting scionwood to pass around :cool:.

The Southworth is possibly my best 'find' of any fruit genus thus far, as it fulfills more of real need than any of my others. I have grafted more of it than anything else this year. Two trees of this pear were grafted by a Great Lakes skipper about 1908. They have not winter killed since (winters to -45 F during that time). Nor has it blighted; and it bears fruit almost as good as those offered in the stores. It seems to bear from its own pollen. I surmise the captain learned of the pear from a Finn or Norwegian and arranged to have propagating wood sent or brought to him. His name -- I think -- was Benton; but the Southworths bought the place from him, and Frank, the second Southworth owner called it to my attention, so I named it Southworth. -- Fred L. Ashworth, Route 2, Heuvelton, New York. North American Pomona 9:20. October, 1969.

MN 80-15-30, which is one of the Kazakhstan varieties
Sampled 60 fruits from 1 tree. Flesh flavor is aromatic. Over color is 70% red. Fruit size is larger than 50mm. Free of disease and insects. Best apple so far, great.

Lee and Art, maybe a few years down the road we can share scions of these for continued "research"
Click to expand...

Sounds good to me, what stock are you using for the pear?

smsmith said:
That's yet to be decided. I may go with the wild pears I have growing here now...either that or order a couple OHxF 97's
Click to expand...