Took a trip out to Delano today. 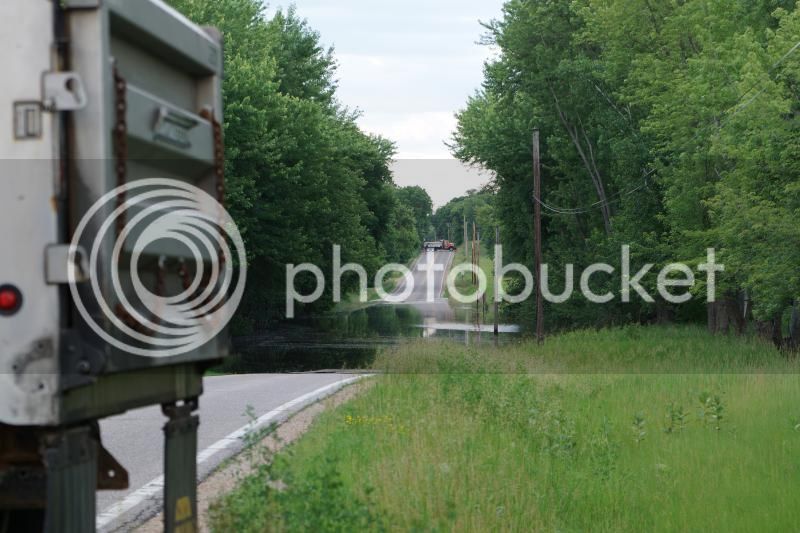 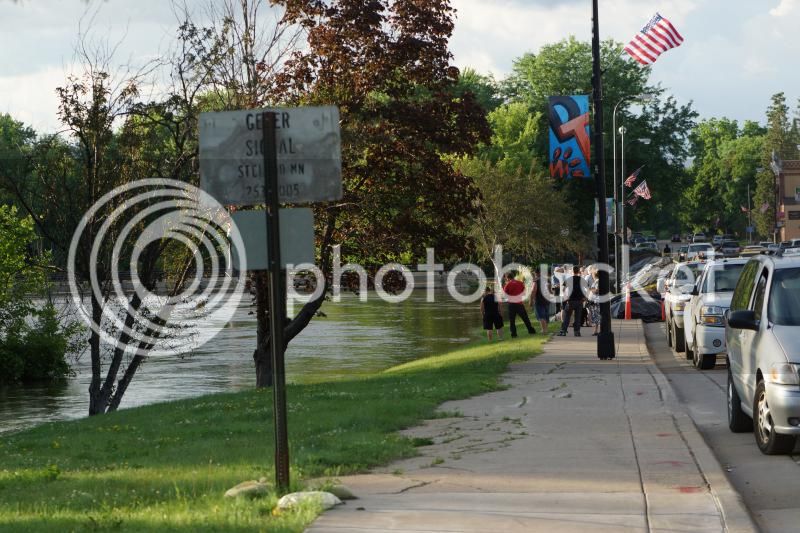 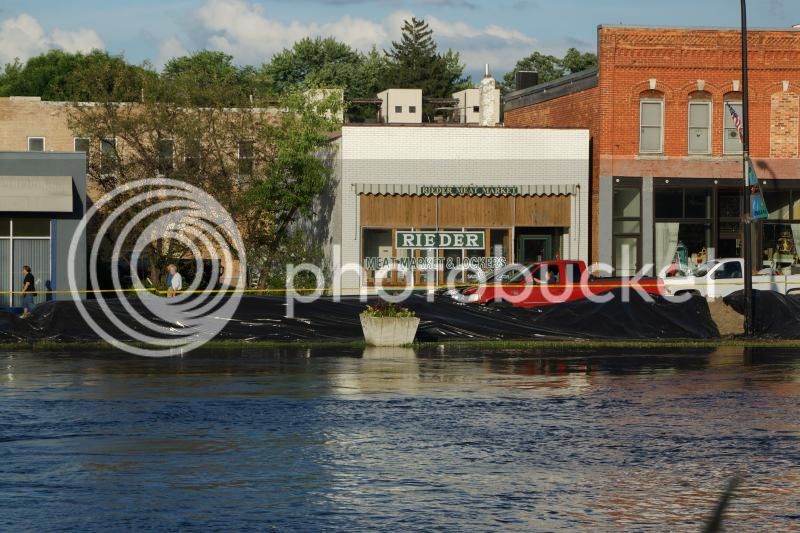 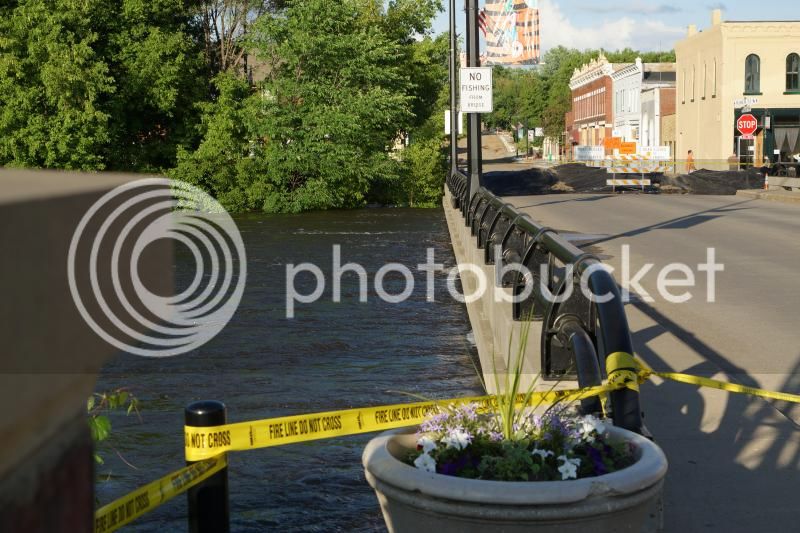 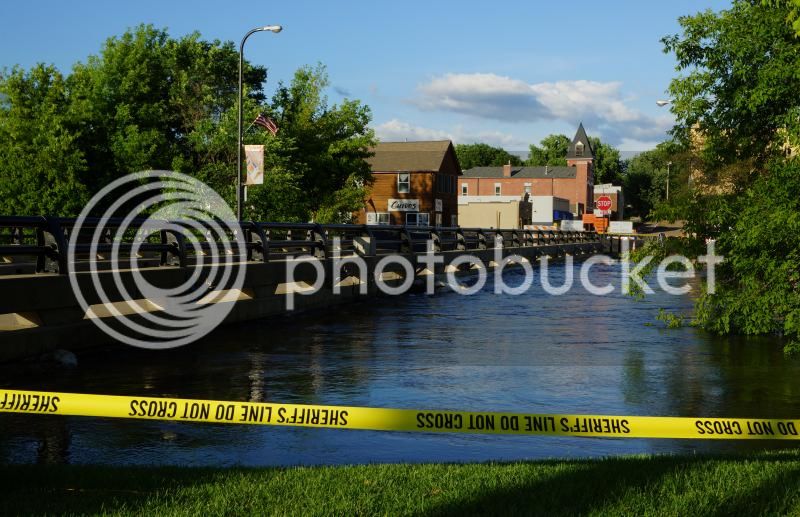 Is there much damage happening?

Several fields/yards are underwater. The Army Corps of Engineers had designed a levee and Taxpayers spent 500K to build it a year or two ago and that failed immediately and washed into the river by the Delano Sportsman's Club. Numerous roads are barricaded and closed. You can see the plastic over the berms just beyond the pedestrians in the one pic, but so far it's kept out of "down town" from what I could tell. Some roads have standing water, but are being allowed to be used if there's a section which is dry.

They were expecting it to crest yesterday afternoon, but it didn't get as high as they predicted. It'd been lapping up onto the bridge earlier in the day according to my buddy who lives there, but I didn't get there until late afternoon.

I have some photo's I shot with a disposable camera back in `97 when St Paul went in the Mississippi. I'm not sure I'll get down there to take some this time or not.

Stillwater is in the St Croix as well. If reports are accurate, I think they're the hardest hit in the region at the moment.

Good luck to everyone up there! Hope it goes down with minimal damage.

Fields adjacent to the Crow were badly flooded last week. This was up near Lake Koronis.

Most high water years Delano looks like that. The Crow river has a large water shed .
J

Is that any kind of record for the Crow River? Highest it's ever been? Lake Minnetonka has set a new high water mark about 6 inches higher than it ever has been. Hard to feel bad for the not-so-poor folks that own lakeshore, but some are taking some damage. Many folks are sandbagging their shorelines to stop their lawns from eroding into the lake. Many docks are underwater. Roads closed around the lake. Streams are flowing out of the lake where as before they would stream into the lake. I think we crested yesterday, but there is a chance for more t-storms later in the week.
W

MoBuckChaser said:
I don't need to leave the farm to see that. Nor do I want to drive to see someone else's demise.
Click to expand...

It's more about documenting it, but there's beauty in the power of nature and the dichotomy of the struggle of Man makes it art to me. Tragic lessons some people won't learn.

Pffttt "Warning: post may contain words requiring use of a dictionary" :D

I was in Delano helping a buddy get some photos for his new shop Crow River Guitar and Sound. 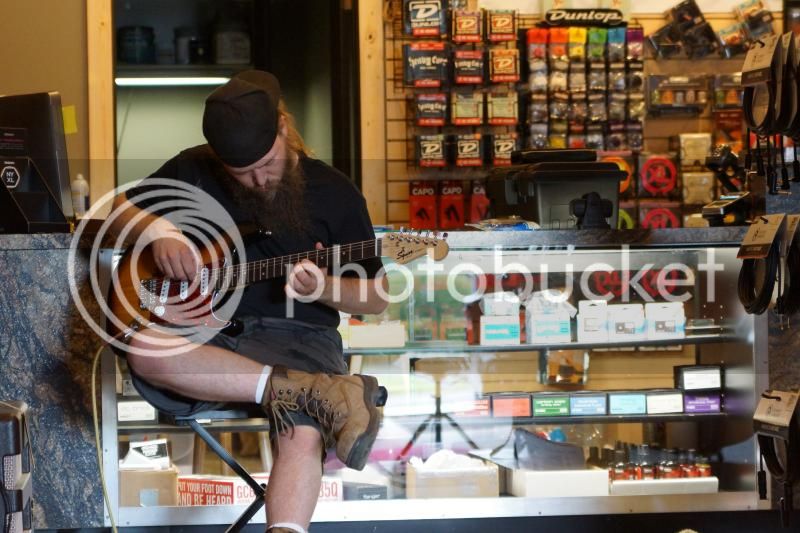 NBC nightly news ran a story on the flooding in MN tonight with lots of video. They said the twin cities have received 25" of rain this June :eek:

I caught that as well. Saying the whole state is all under water is rather egregious reporting, but there's more than just the regular spring flood plains being impacted this year.
You must log in or register to reply here.