So I have worked alongside a family friend since late 2019 on his property near my home in North Central PA. When we first started working on his place, there wasn't even very much deer sign, save for the occasional small rub from a buck passing through during the rut.
This friend is 74 and a very hard worker (he works circles around the kids he recruits to help around the place), who had my maternal grandfather as a Biology teacher and mentor and then taught alongside him until my grandfather's death when I was 1. He is a great person to bounce Biology/Chemistry ideas off of, as we both have good science backgrounds and just an all around nice guy who I now consider to be a mentor.
This friend has a cabin on roughly 100 acres and we have worked tirelessly to improve the hunting on his land. The timber was high graded~20 years ago leaving only soft maple and a few sparse hemlocks. The soil pH and fertility is low/bad and it is hard to hunt as the cabin sits at the front of the property and you have to walk back in on 2 tracks to get to the far food plot and to access other stands. There are some fields for plots near the cabin and one small kill plot back in the woods. We have spread 1000s of pounds of lime (mostly by Solo shoulder spreader, but recently with a 100 lb pull-behind spreader) to get the pH up and tried (and failed multiple times) to get food plots going. This year we finally went smaller and simpler with MRC, mammoth clover and winter rye along with some brassicas. We also planted some crabapples last spring and fall that are already producing fruit and thriving in the crappy soil. The plots have turned out well, but they are the only food in town in the big woods, so they get hammered with as many as 15-20 deer a night in just under 2 acres of plots. Needless to say, the rye does not get very tall, but it persists.
In 2020, my friend was able to harvest a very large doe from the kill plot, but last year got skunked while enduring several blown opportunities at good bucks.
Sunday morning I got a great text with a picture of a good buck. He had seen 2 shooters and was able to harvest this one. It had an almost 18" inside spread and was over 180lbs.
The cool thing was we had a picture of that buck 150 yards from where it was killed in August. I believe that buck was a resident, along with several other, larger bucks that we have seen all throughout the PA archery season into now.
There are also does everywhere (I guess you could call it a doe factory) and the neighbors are starting to get curious as to how/why his property is "the best around this part of the mountain now." (as one of said neighbors mentioned while trying to weasel permission to hunt my friend's place).
For all the doubts we have had (we both think about habitat and food plot stuff on a daily basis), this may be some good, conclusive proof that we are doing something right.
Thanks again to everyone for your advice and help. I am sure that this property would not be managed nearly as well without alot of the tips and strategies from this forum. 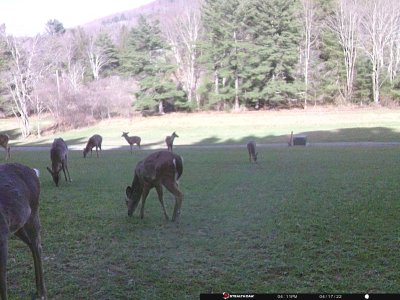 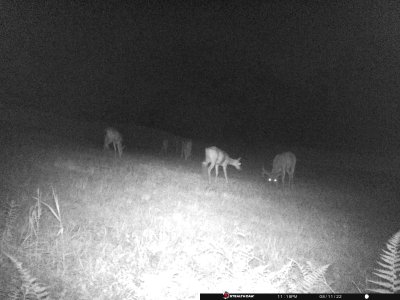 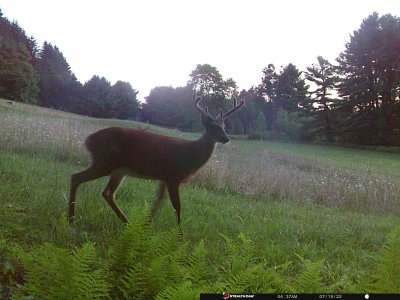 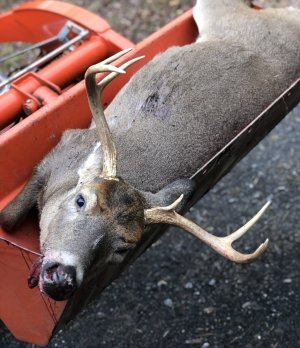 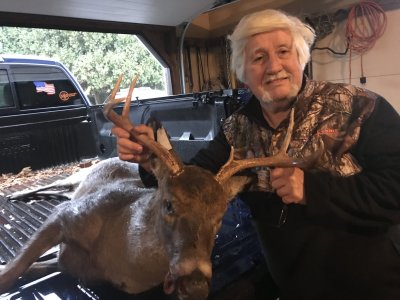 Congrats to you and your friend, what a great feeling!
W

absolutely awesome! Thanks for sharing.

Great story. Now you just have to keep the neighbors at bay.

Bill said:
Great story. Now you just have to keep the neighbors at bay.
Click to expand...

yeah he has a hard time with that...as in multiple videos of the neighbor lady (who owns 400 acres) walking, with her family and multiple dogs, across the secluded kill plot right before archery season and also a neighbor who unashamedly admitted to poaching a big 11 point last year out of my friend's front field at night...so yeah that is definitely an issue

Atta boy Derek! Always good karma to help others my friend.
B

really glad he was able to take this one....and for the future there are bigger ones around still!
You must log in or register to reply here.