Had a great bear hunt with my cousin Jim. Lot's of hard work paid off with this 330 lbs boar . Made a heart shot and he only went 40 yards before piling up. Saw quite a few bear and had 2 different sows come in with 3 cubs. For such a big animal, they can walk through the woods and be right in front of you without making a sound. One of the sows (female) came in right below my stand and was about 20' away. She was over 400 lbs. That will get your heart pumping!

I saw a total of 14 bears and several boars that were 500 lbs plus. These large bears came in and never presented a shot. Amazing how fast a large one would come in, push the smaller bear off the food, and lay down next to the barrel shielding their entire body. They would then leave by walking directly away only showing their hind side.

One night I had a total of 5 boars come in. One after another each increasing in size. Right at dark the largest big boar came in and took over the food. He stayed there and I was stuck in the stand. There were 2 fighting behind my stand and knocked over a dead tree as one tried to climb it. With so many bears in the immediate area of my stand, I talked with theguide and agreed that I should not leave my stand, one for my safety, and two if I walked out i would spook the bears and they would not return. The old big boar stayed for 3-4 hours slowly eating every kernel of food and finally left at around around 11 pm. I could hear him crunching the corn as he was chewing. It was a long night but was glad to see the morning light. 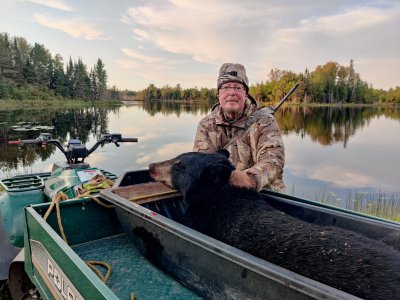 One of the sows (female) came in right below my stand and was about 20' away. She was over 400 lbs. She had 3 cubs who were clawing at the stand and i was hoping they would not climb the ladder. It was a wooden blind so she would be able to be able to make a real issue if she felt her cubs were threatened. That will get your heart pumping! 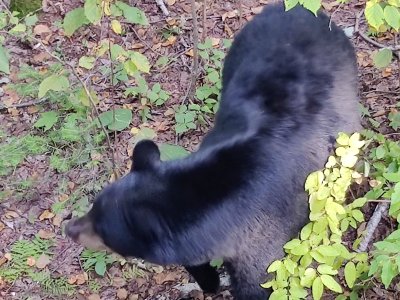 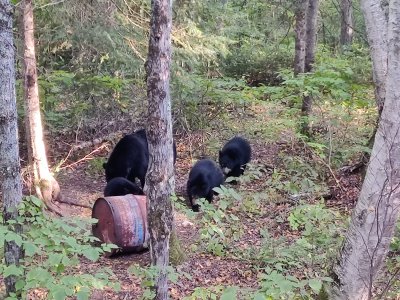 He she is standing 20' behind me scratching her back side on a tree. She was 7' tall. 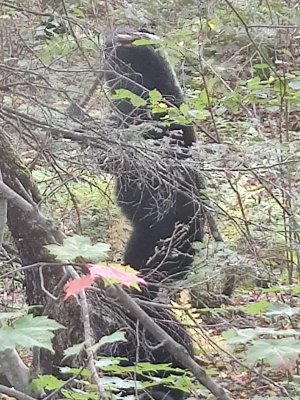 Here is the blinds leg were the old boar chewed at the leg to mark his territory. The high chew mark was at 8.5' high. 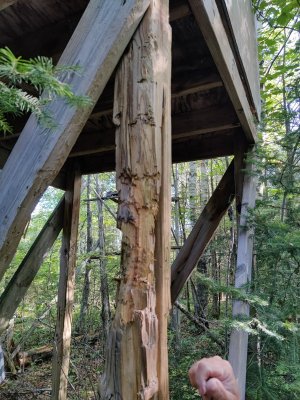 This area was absolutely a natural paradise. If I could design an ideal hunting, fishing, ag, & rec property, this would be it. Was tough to leave. 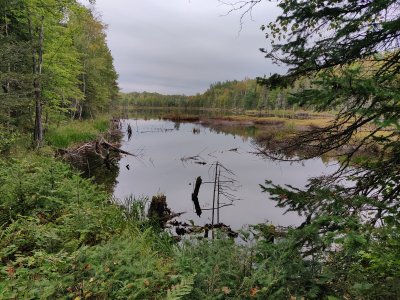 Congratulations!
Not sure I’d want to play with bears

Awesome! Where was that?

Bill said:
Congratulations!
Not sure I’d want to play with bears
Click to expand...

It was a very interesting and surreal experience to be in their inner circle of these beasts. I was definitely not the apex predator out there. Being this close to them kept you on guard especially walking in and out of my stand. Walking in I had to replenish the bait pile. Even in my stand they were close enough that I could smell them and hear them breathing. When the big alpha boars came in, they definitely were the king of the turf. Hearing the 2 fighting and growling was real eye opener.

I did have my backup S&W Governor with .45 Colt round for any close encounters. 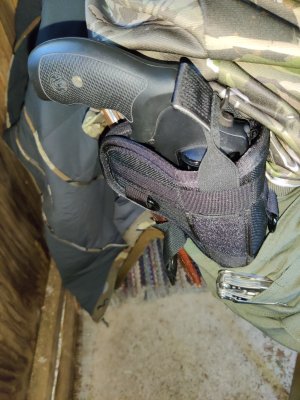 Telemark said:
Awesome! Where was that?
Click to expand...

Takes about 10 years to draw a tag in the zone I hunted. Only had 4 days to hunt so I had to make a decision on day of what i would take. Weather was also impacting the hunting as one day we had long rains and shut down the bear movement. Was a great experience and very happy with the bear I took.
B

What county did you get the bear?

Very cool hunt. Congrats. One of my friends helps a guide in Ashland county. They were not off to a good start with the weather,etc. 28 hunters only 4 bears as of the weekend.

Mortenson said:
Is a 45 big enough for a 500 lb bear close encounter?
Click to expand...

End of the day, is the largest pistol I own and I felt better having it than not having it.
K

Congrats, looks like fun! Sounds crazy that there are that many huge bears around and it takes 10 years to draw a tag. Are there bear hunting purists who want a good age class in favor of that or is the DNR just under issuing bear tags?
You must log in or register to reply here.

Got my bear mount back