I think prior to the forum getting new code and being reset there was a thread I had started about some rubber roof we had picked up from Craigslist to make some water holes with. 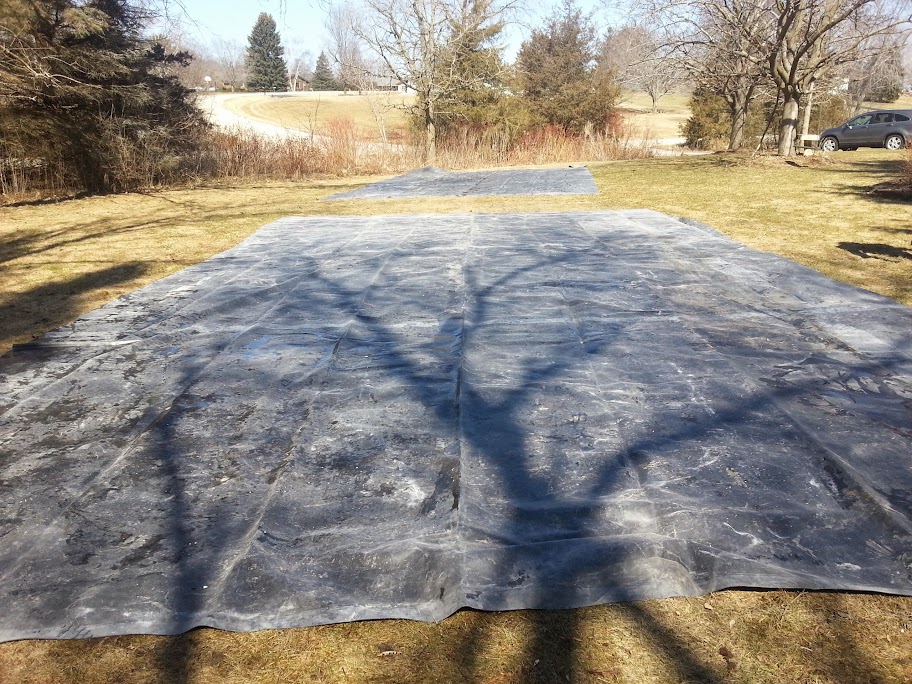 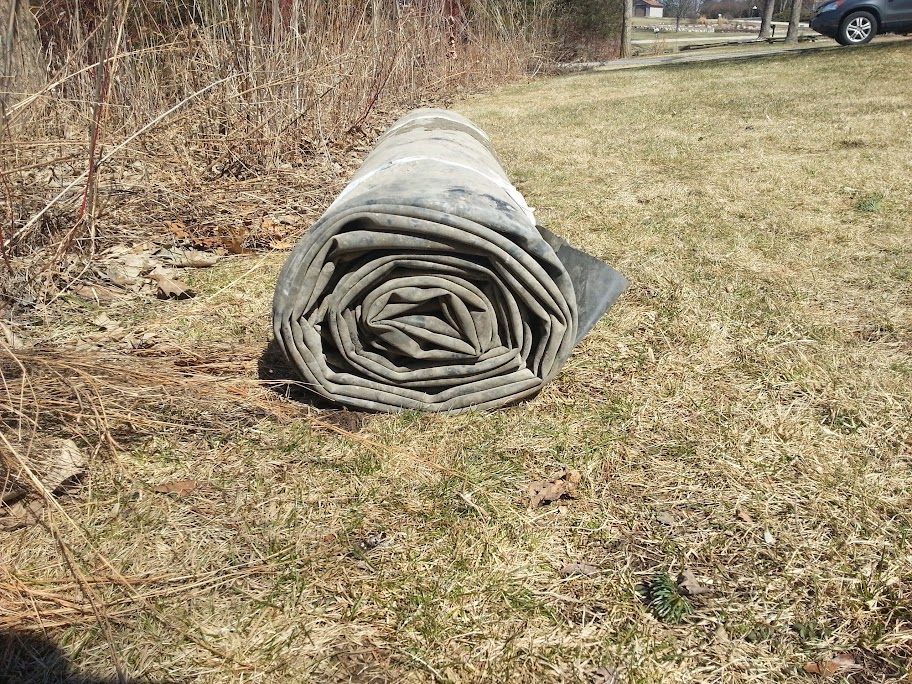 Some of you asked to see pictures of the finished product. Well my buddy has been working hard on his in northern oconto county. He basically added a piece of gutter to his shadow hunter tower blind and the pond has filled up nice, 1.5' deep at the deepest spot and can take about another 6" of depth.

It sounds like it's already become a favorite spot for local game. He's got a camera over it and there have already been many deer and bear drinking from this, even though there is a fresh water stream less than 50 yards to the left of the frame. The bear was a bit of the problem chewing on the side, i think thats why he has worked so hard to cover it up, add rocks to hold it down, as well as just try and make it look as natural as possible. I think it looks awesome. 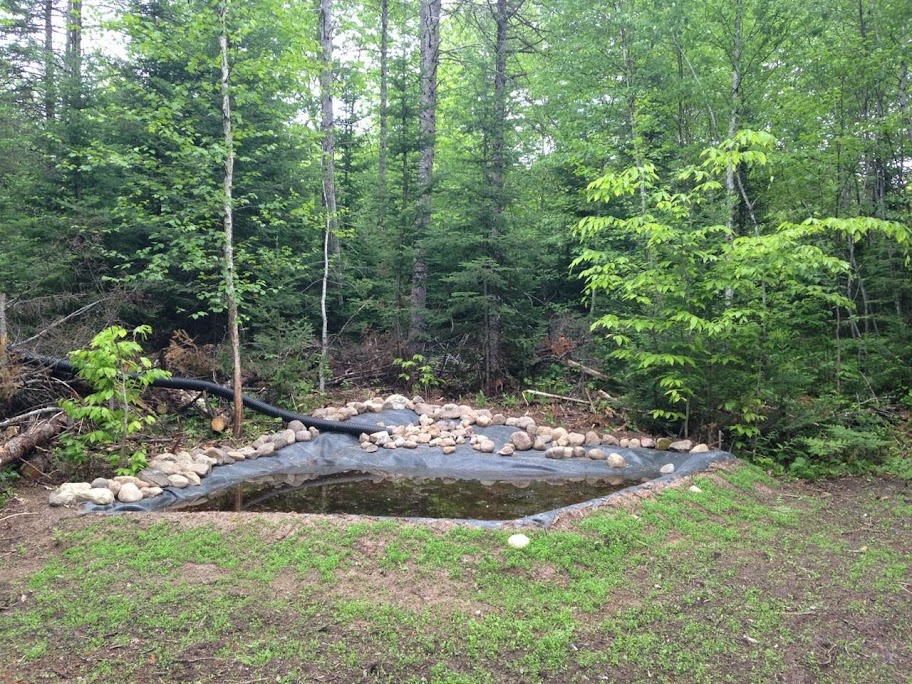 I agree that looks awesome! And great idea using the tower roof and gutters to collect water.

Does use go down when the deer have to step down into the hole? I'd imagine that stuff gets slippery with their hooves.
I've had luck using terrain to gather water in upland conditions. I haven't had to use the rubber roofing yet, but my new hole might need it.

This is a seasonal pond we have, usually by mid July it is dried up. I hope to get it dug this summer into a pond if time and $ permits. 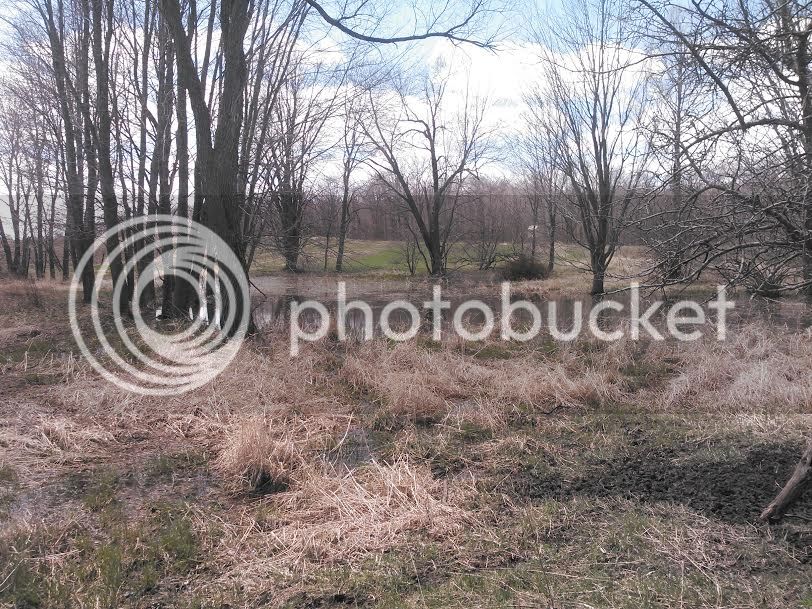 Last year I had a couple kiddie pools left over from when the kids were little so we dug them in the ground and filled them. We put up a trail cam over one and have tons of pics of wildlife using them. 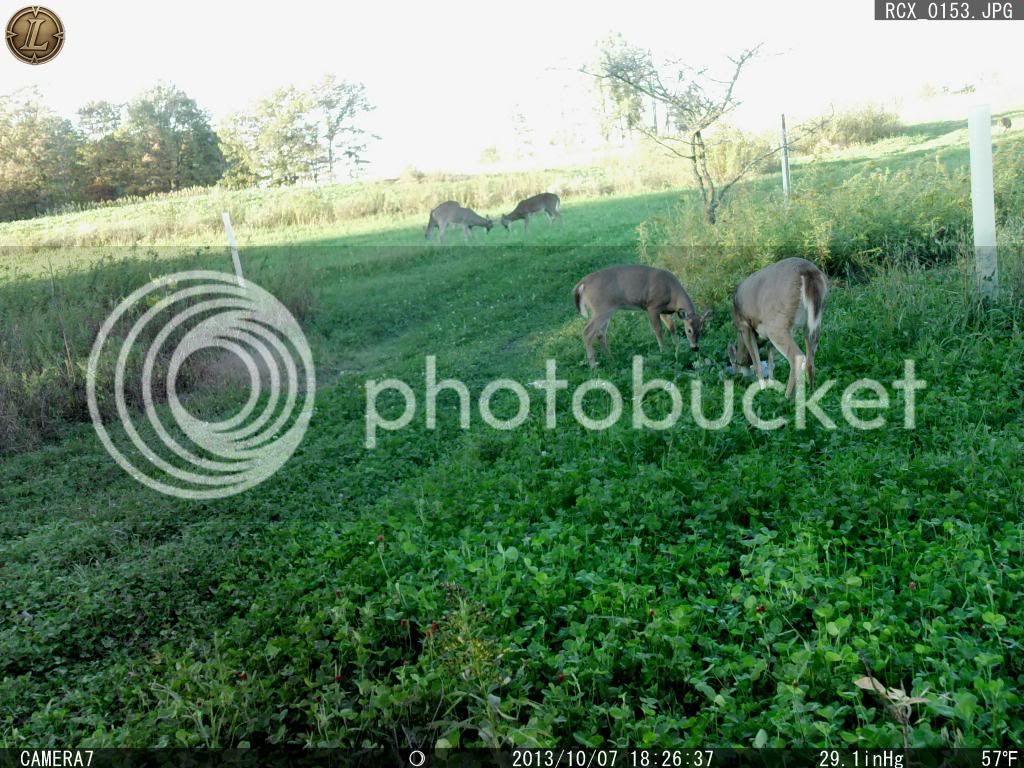 scott, I don't see any wood duck houses attached to any of those trees?;) July is usually late enough anyway, but if you get it deep enough to hold water year around I would put up a couple, you should have them looking to nest in an area like that.

Yscott, I don't see any wood duck houses attached to any of those trees?;) July is usually late enough anyway, but if you get it deep enough to hold water year around I would put up a couple, you should have them looking to nest in an area like that.
Click to expand...

Yea I know, lots of little projects to do. I'll add another to the list lol.
You must log in or register to reply here.