I'll be doing some training of my first set of scaffold limbs late next week and I want to get some 'best practices'. These are trees on b.118 roots and for the sake of argument assume they are only for deer.

The pictures below are of one of my best second-leaf trees at various levels of picture cropping to show more detail.

During the dormant season I used Ben's leader scoring technique (he detailed it on the other site) and had great success putting limbs at the levels I wanted them. As you can see from the pictures, I've used clothes pins to start the limbs with wide crotch angles. As you can also see, after growing horizontally for about a foot, the limbs start to grow upward.

I was planning to tie the limbs down so as to encourage growth at a 90 degree angle to the leader, but then I bumped into an article that Maya posted on the other site (http://pubs.ext.vt.edu/422/422-025/422-025.html) that seems to suggest better fruiting on limbs at 60 degree angles. 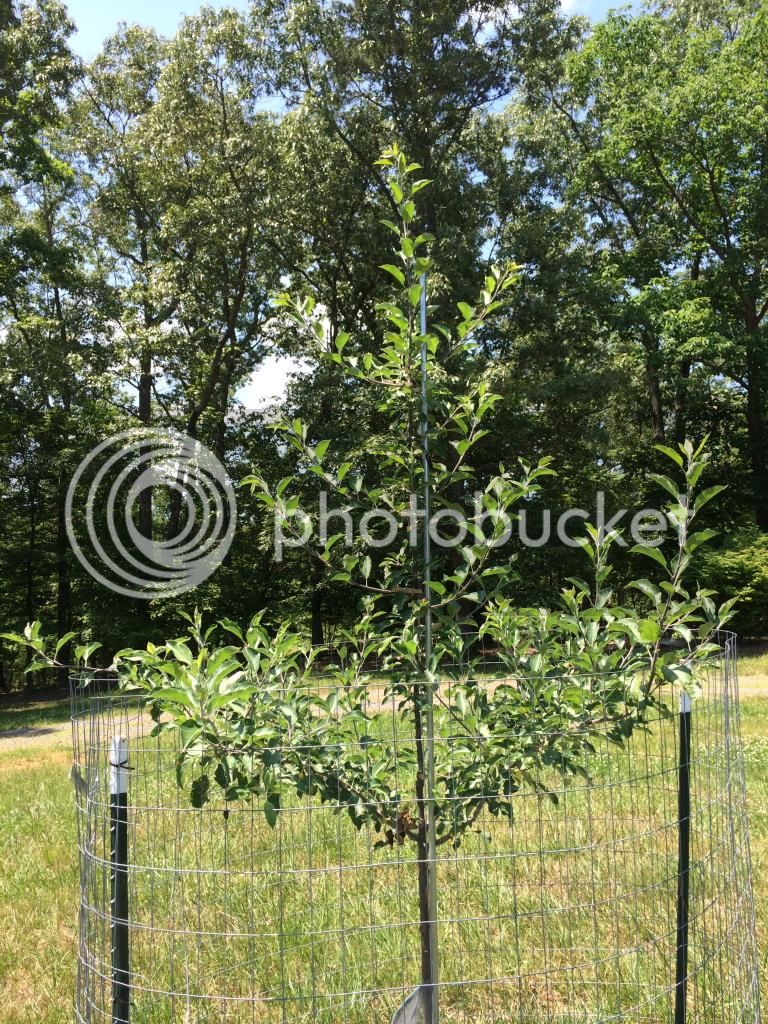 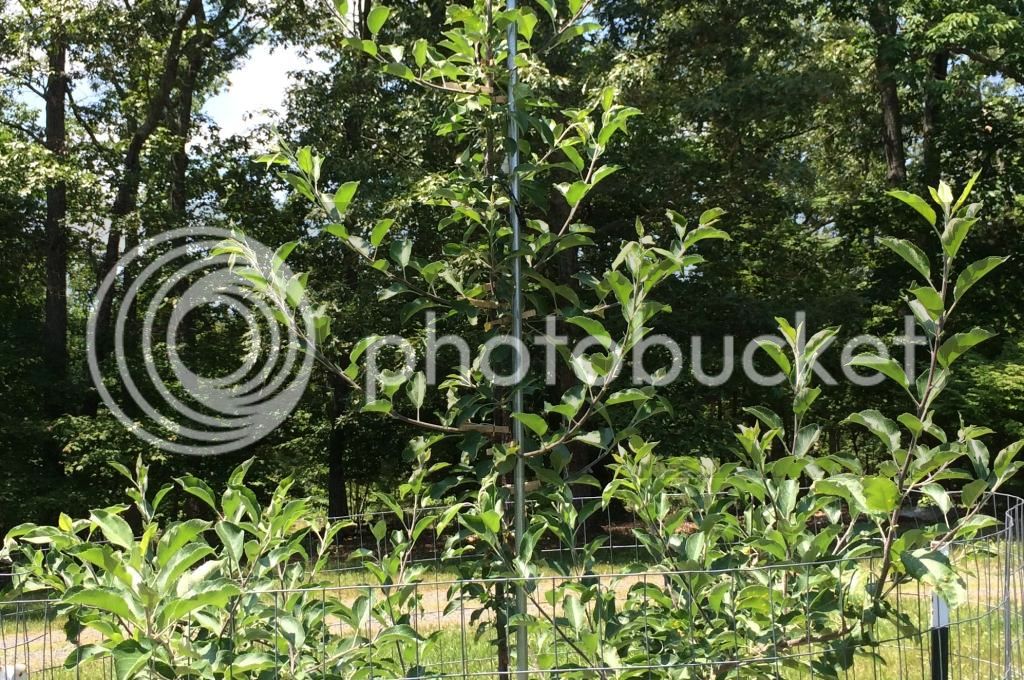 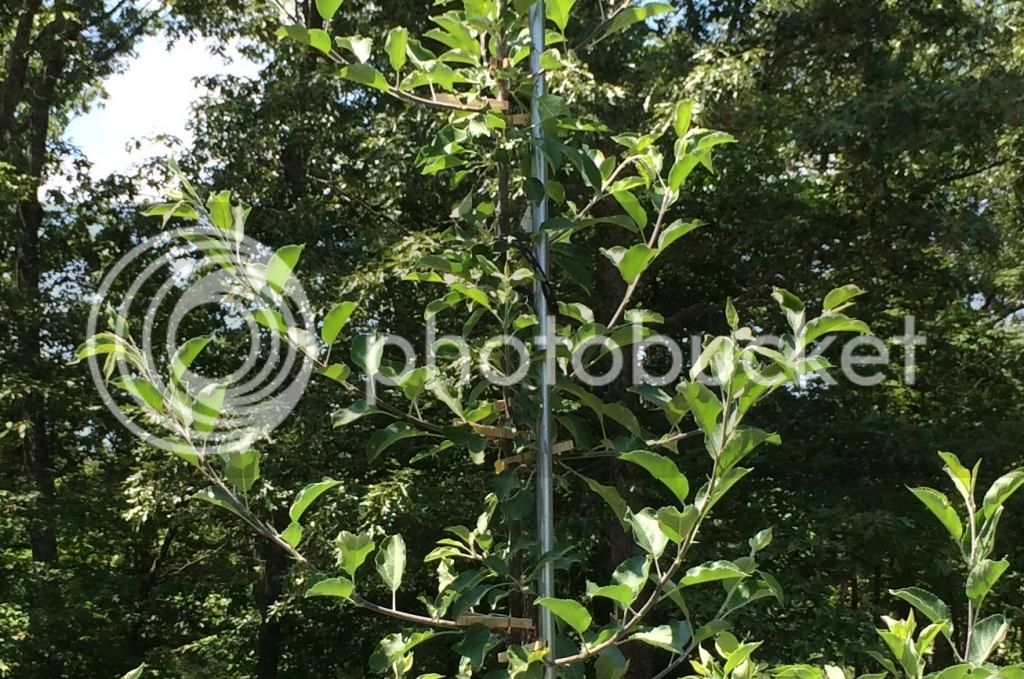 I would tie them down anywhere between 60-90 degrees. I like using wire. once trees get bigger it's harder to get them all, all the time. I've got a lot of lower limbs on many trees close to 90. any training is better than none. I'm more aggressive with lower limbs and am more relaxed on upper.

Those look good just the way they are lot2. Keep them right where they are now. Do not go down to 90 degrees with central leader trained trees as they will sucker to much. Where you have them now is ideal, you'll get fruit sooner and not get to much upward growth. Also as the get bigger you will see 60 degrees is about perfect. If they start to curl up more than they are, yes tie them down some, but you've done a great job so far, so I would suspect these trees will do fine.

You don't need those clothes pins any more. As soon as you see the branches start to harden off, they can come off.

I would keep an eye on fert though. Whatever you've done appears to be good. Just make sure you don't do anymore this year. If you over fert then you will get a lot of upward growth if you do not have many apples.

This tree (a Winecrisp I got from Cummins, not really a 'deer apple') makes me look smart. Some of my other trees, not so much <grin>
You must log in or register to reply here.

22 years of experience to share to new tree plotters
2