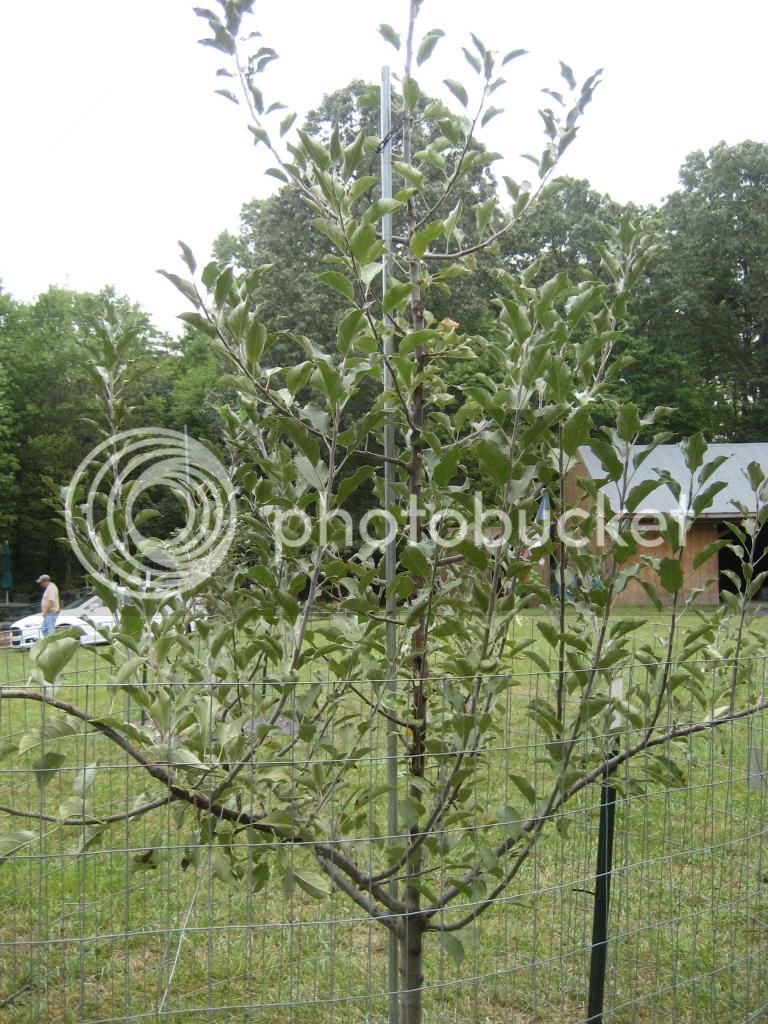 Something is wrong with the trunk. Any thoughts on what the problem might be? 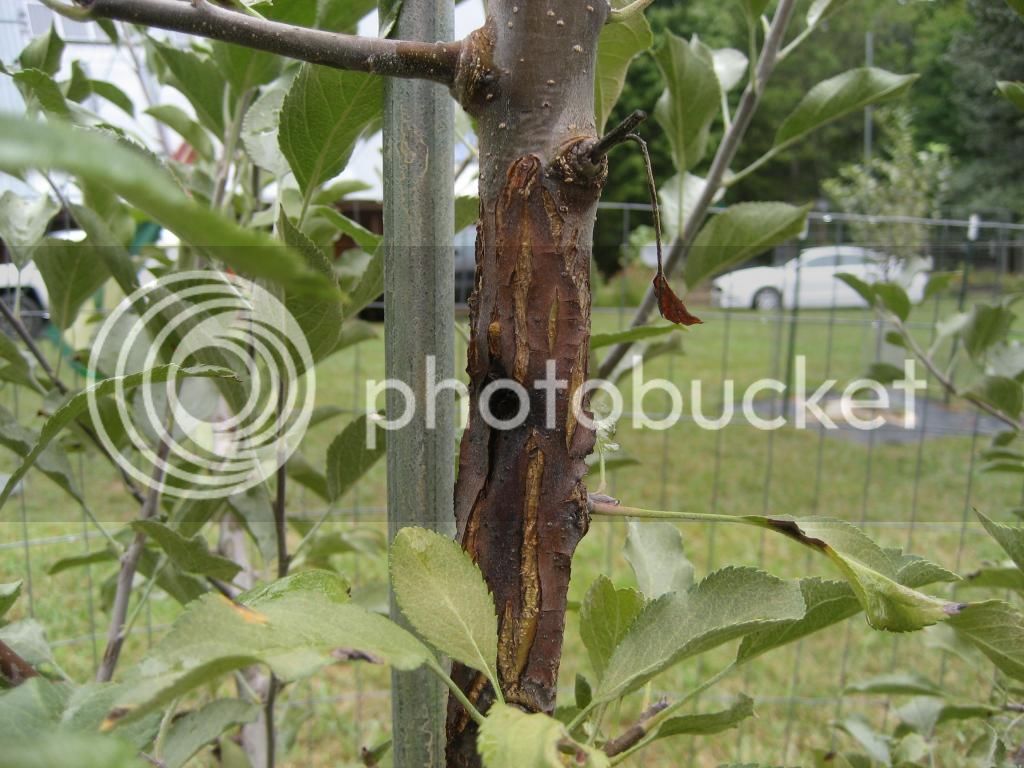 no, other than the area pictured in the close-up the three looks pretty good.

I don't think so, and none of the other trees I have are showing similar afflictions, but maybe....

I've got a similar problem on a few Macouns and Zestar!s. I've had a couple of the plant pathologists at UVM take a look. They couldn't nail it down, except to say it is likely a canker from some bacteria. They didn't seem to be to alarmed. Strangely they are all on the north sides of the trees. I haven't touched them in 3-4 years and they seem to be ok. It was something that came from the nursery imo. I noticed it the summer after planting. They haven't gotten any worse.

I did have to spray some streptomycin on the trees due to a hail storm. Not sure if that changed the cankers any. I'll try and take a look later and let you know. Just try and keep them as healthy as possible. Watch soil ph, fert, keep them fungus and pest free as possible. Yours seem to be healing underneath that outside burned bark.
You must log in or register to reply here.

Apple Tree Newby - what did I do wrong?

Jun 1, 2022
Bowsnbucks
B
B
Fall transplanting Time, Apple and Spruce