Well, I probably should have done this when the price of wood wasn’t so dang high, but the pup needs it now. He outgrew the last 2 crates and I didn’t want to buy a temporary one in his final size, as well as building one later.

Kiln dried hardwood lumber is through the roof right now, so I ended up buying premium fir 2X4 studs and planing them down instead. A lot more work, lower quality wood, but a one or two hundred bucks saved.

I based the design around a replaceable tray from a “large” wire crate. That way, we always have plastic in the bottom to protect from pee, vomit, or diarrhea. I designed it 30” tall on the interior because our male GSP will most likely be around 25” tall at maturity, and I need a few extra inches for the pocket design of the door.

The door opens from the bottom, and slides into the frame like a garage door. I did this because it is already a LARGE piece of furniture, and I couldn’t lose an extra 26-28 inches of floor space to an open kennel door.

I think it turned out pretty good, but if I ever decide to build another piece of furniture..... I will DEFINITELY buy an HVLP spray gun rather than brush applying 4+ coats of polyurethane.


20 Gallons of sawdust from JUST the boards that went into the table top portion. 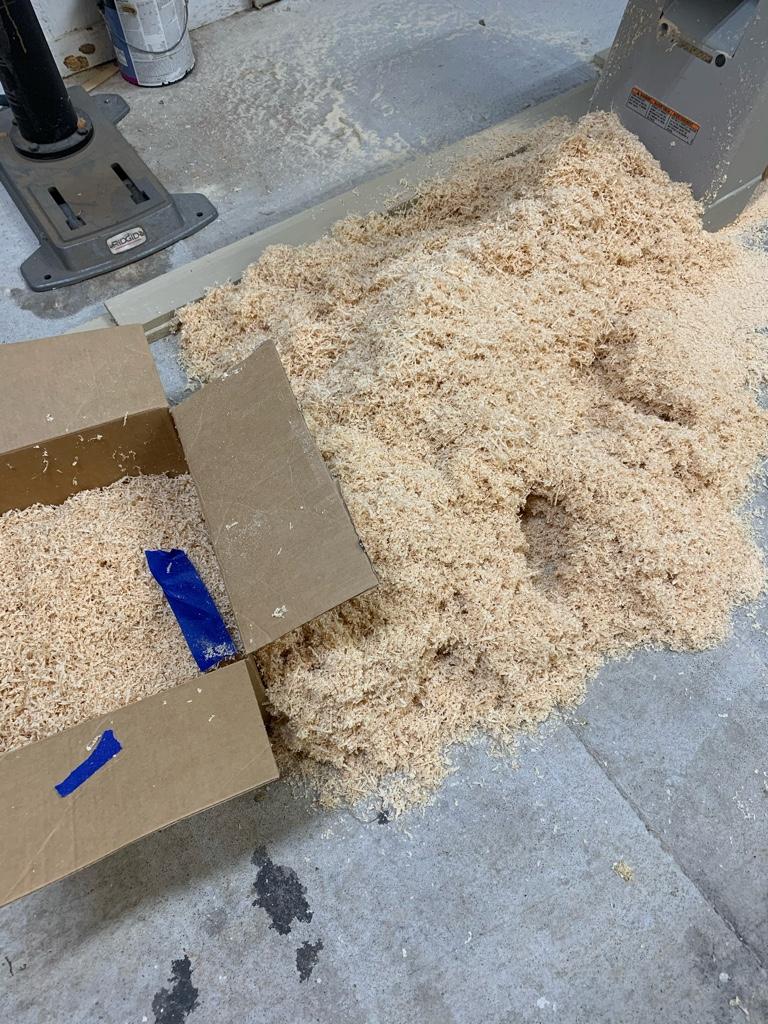 Gluing up the main top. 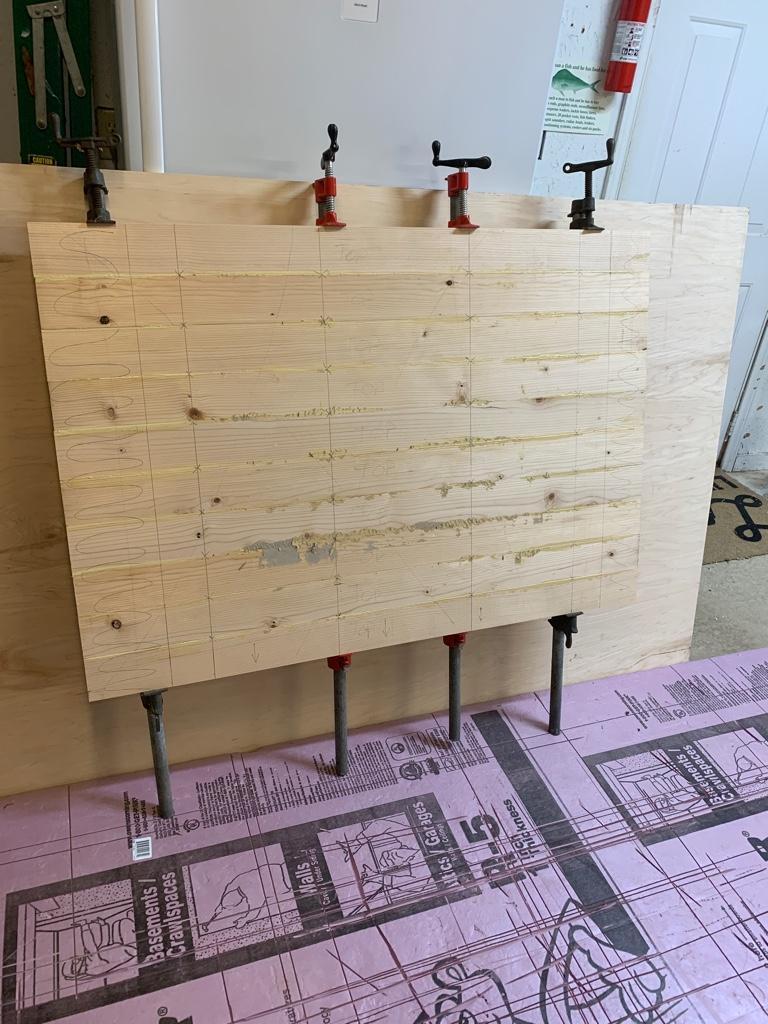 Beginning the side panels. 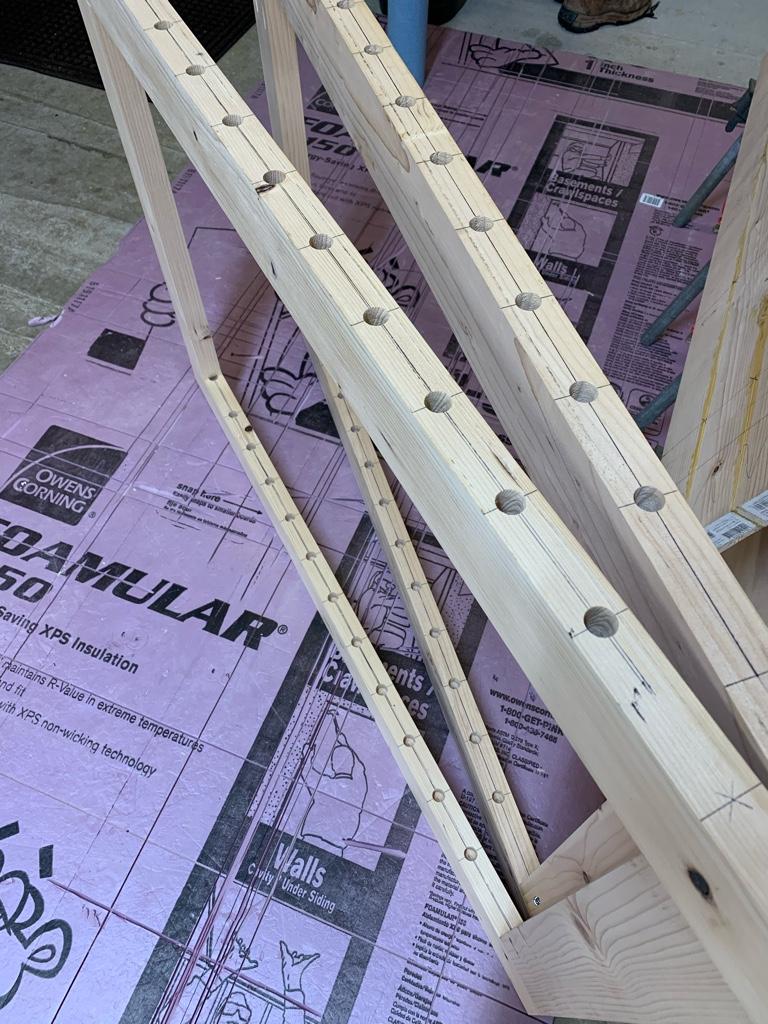 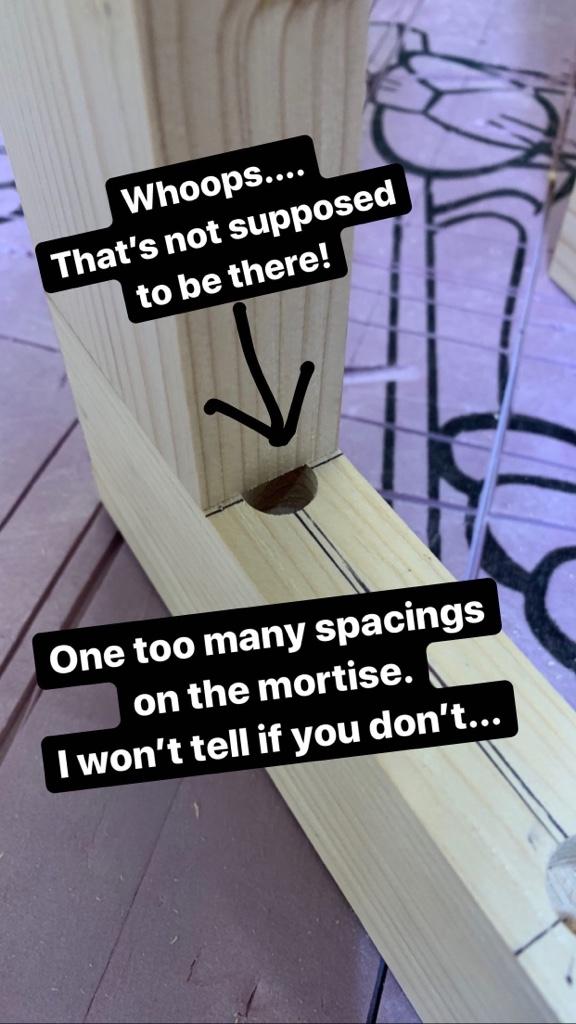 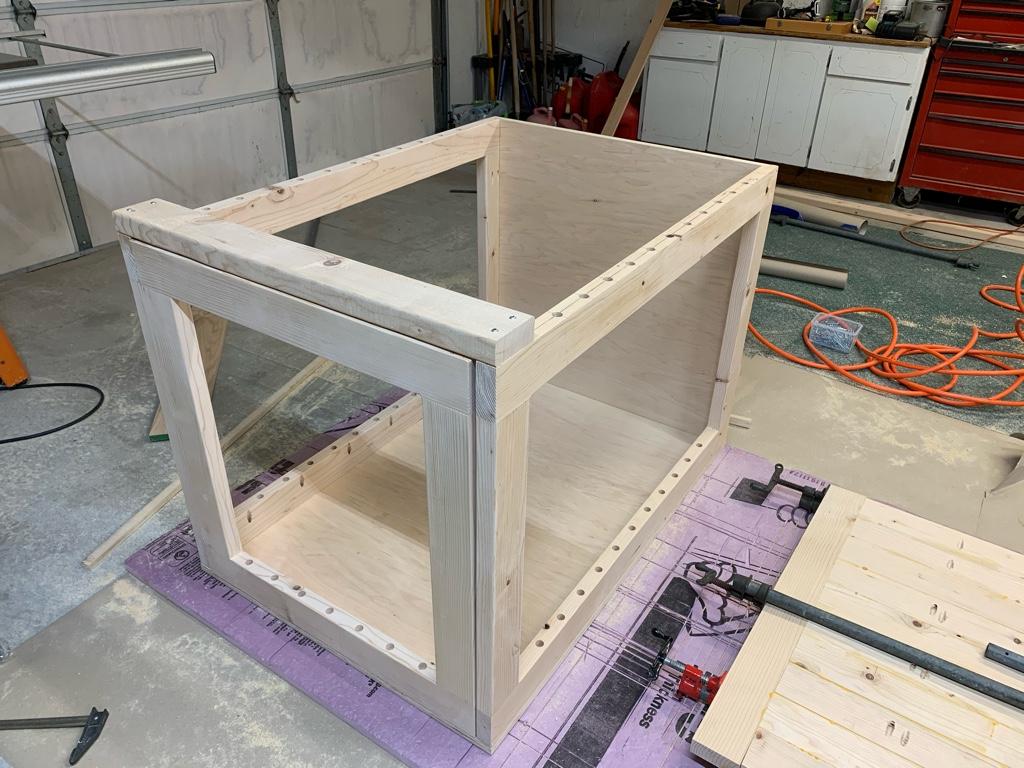 Breadboard ends being glued onto the top. 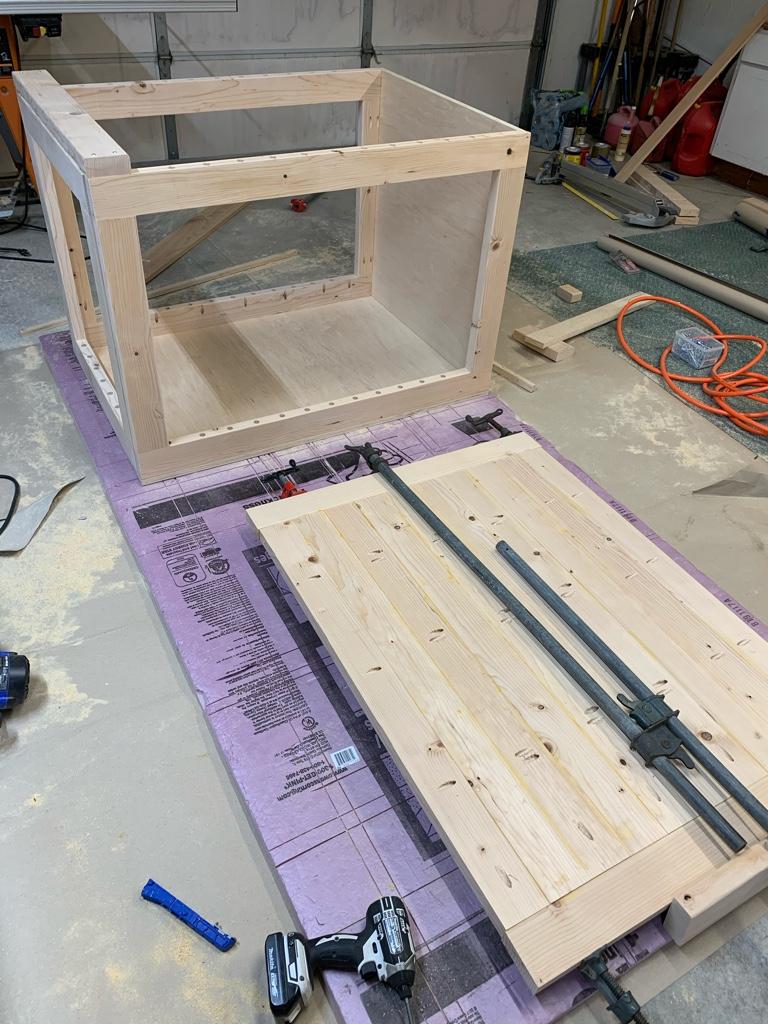 After LOTS of sanding. I never did get all the boards to the exact thickness thanks to the stud all being slightly different thicknesses. 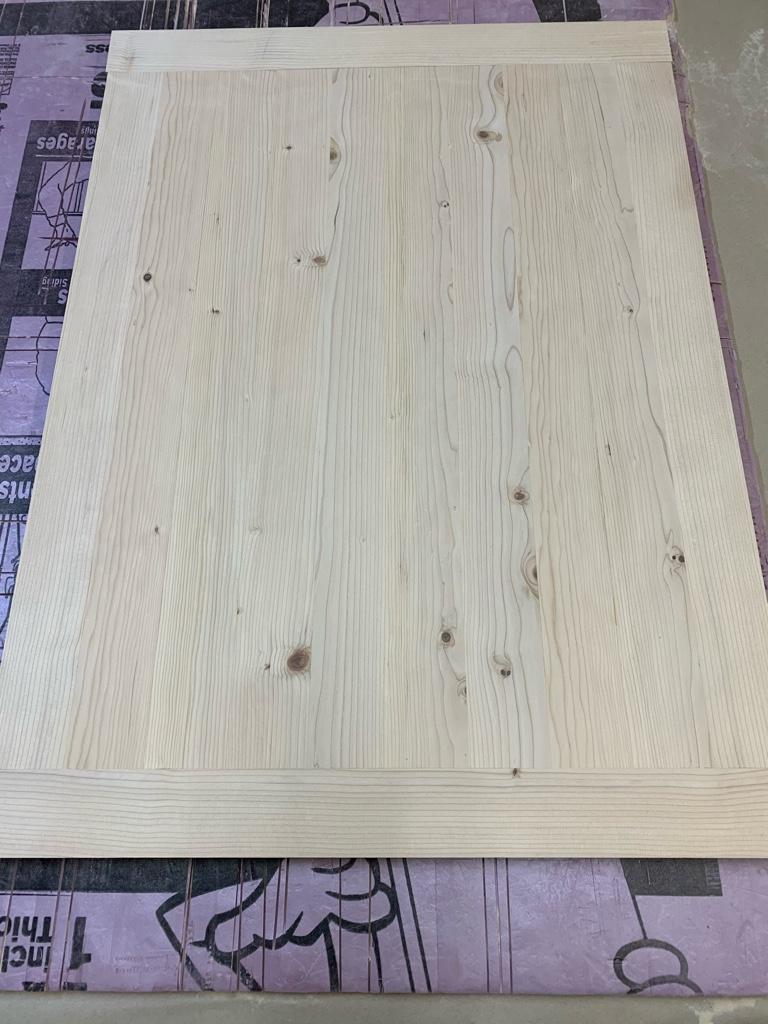 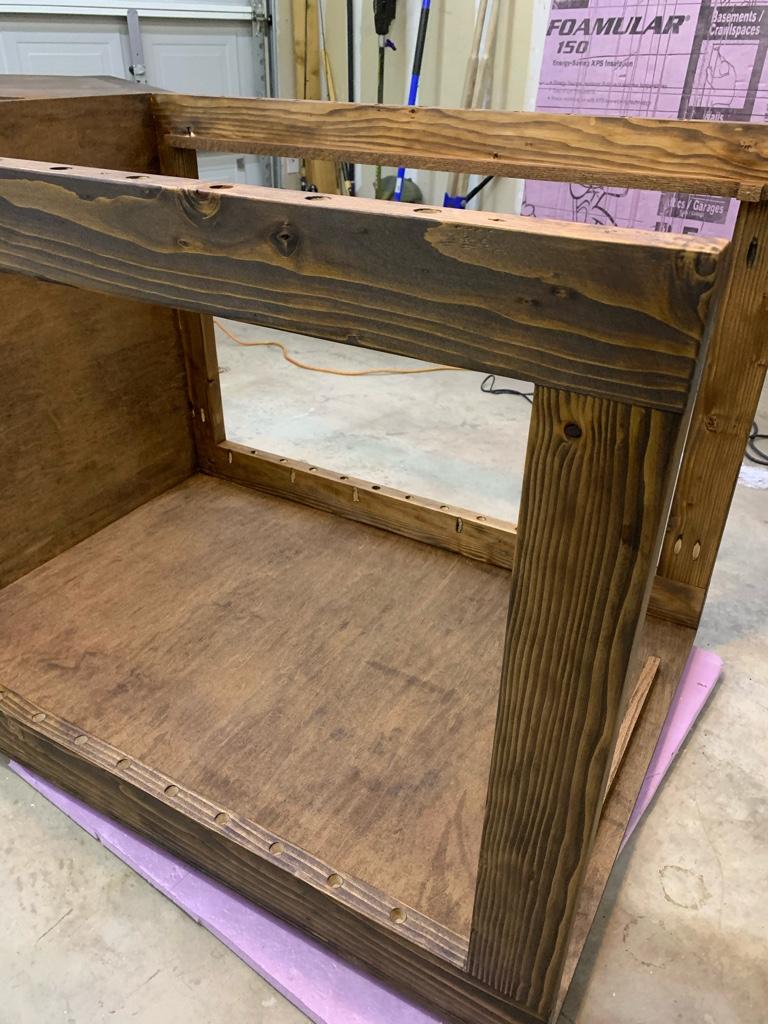 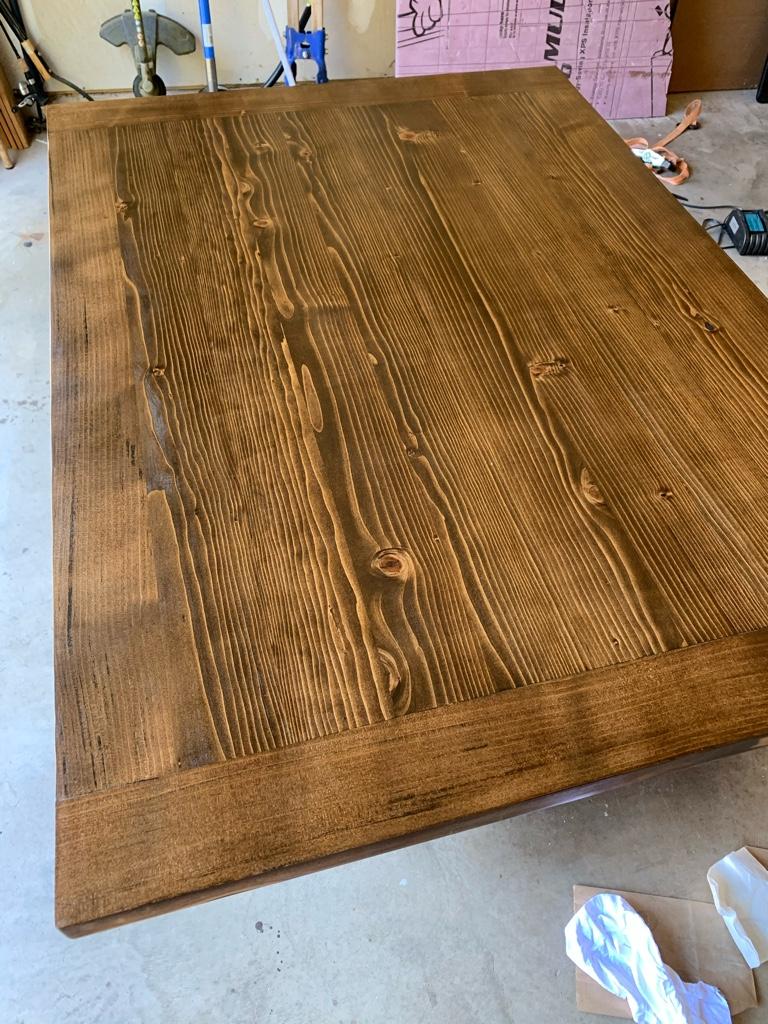 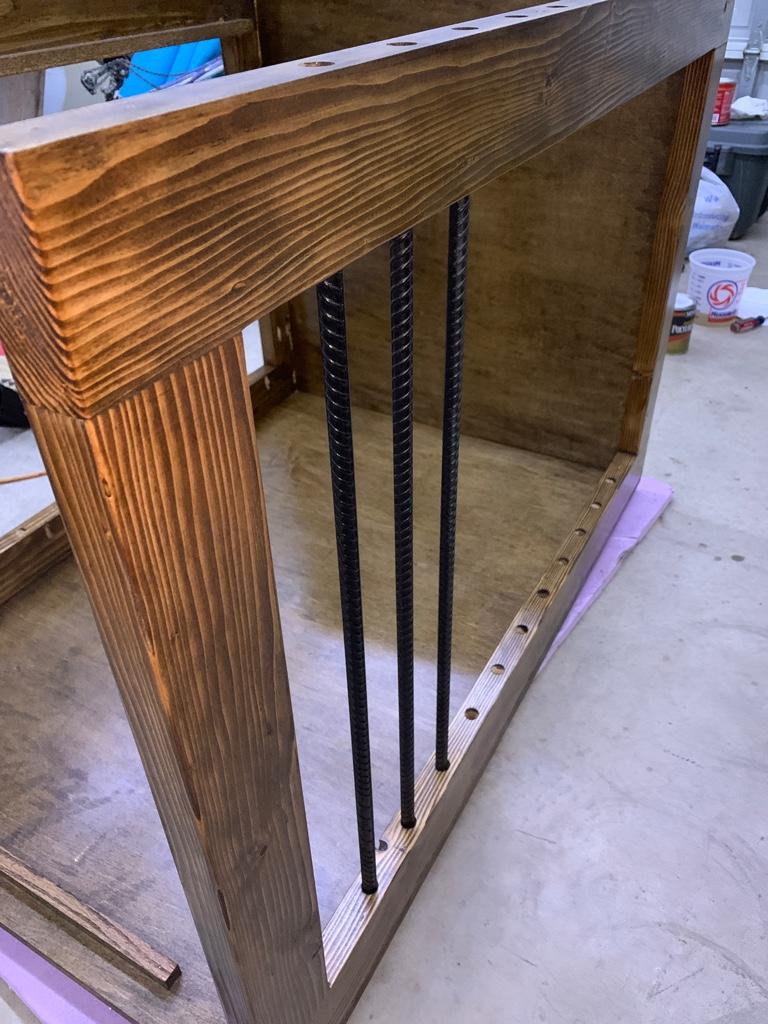 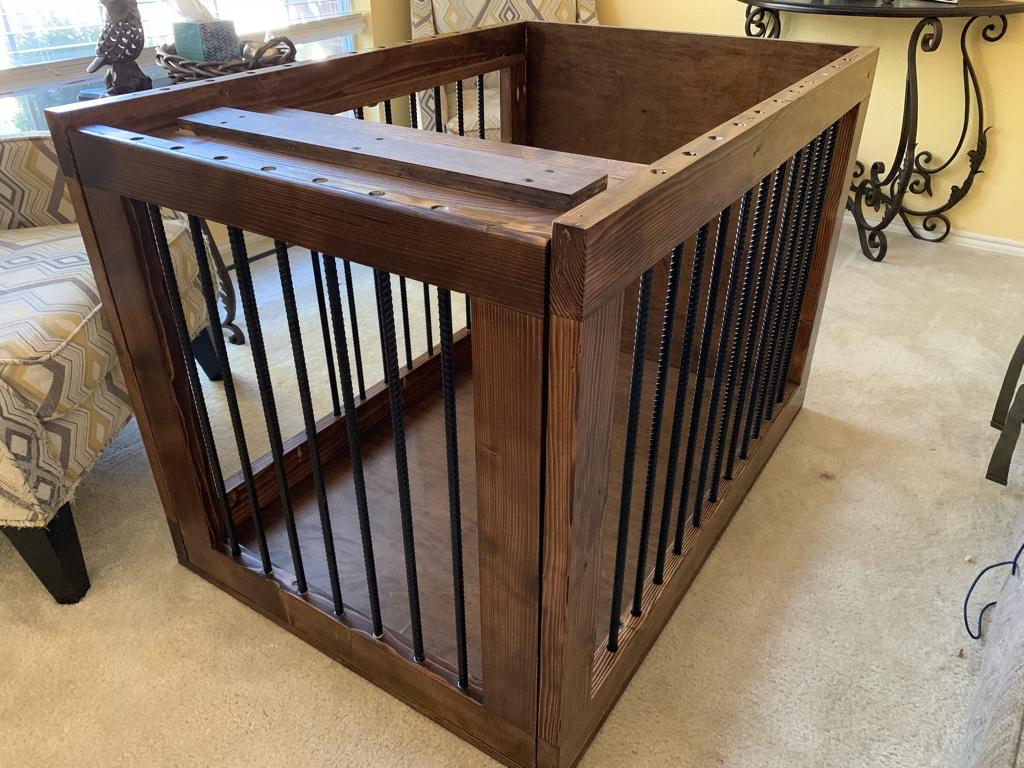 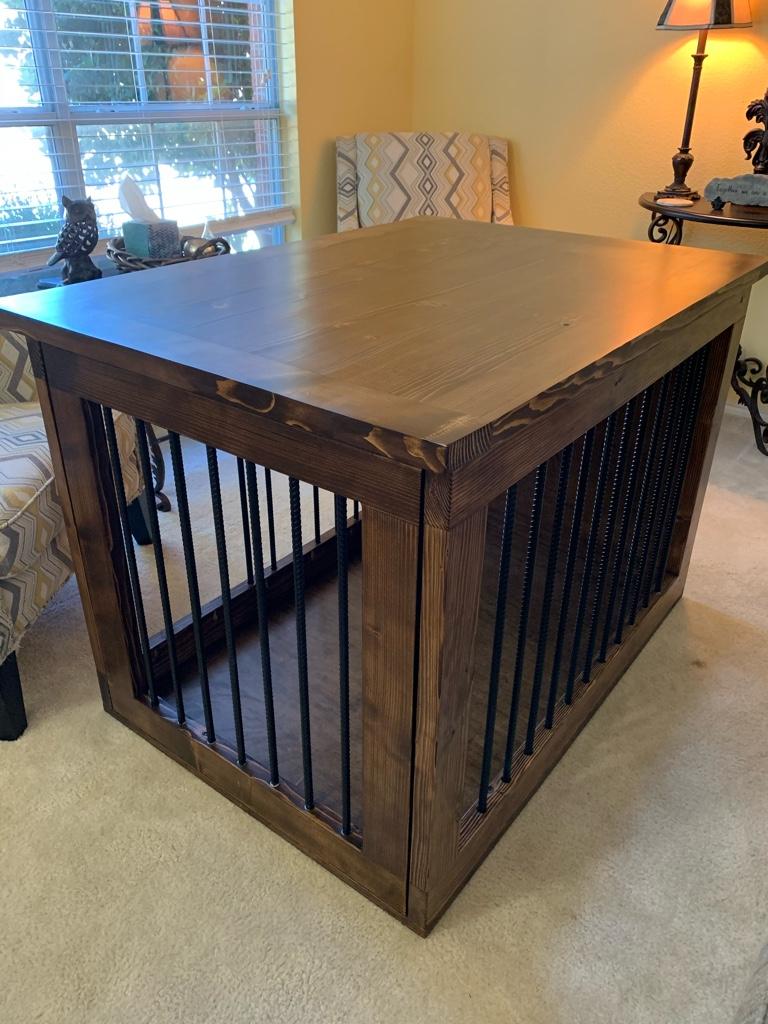 The final glue that holds the rebar in is curing for a full 24 hours before we move it into place and I can do a final video of the finished crate in action. The door will be held closed with a barrel bolt style latch on either side of the bottom.

Honestly, I had originally intended to do something much more rustic (with much less work put into it), but after spending 18 hours building the top alone, I decided to just go all out quality.

That’s a lot of work right there. Looks great!

Thanks guys!
The dang thing is as heavy as a Buick though! 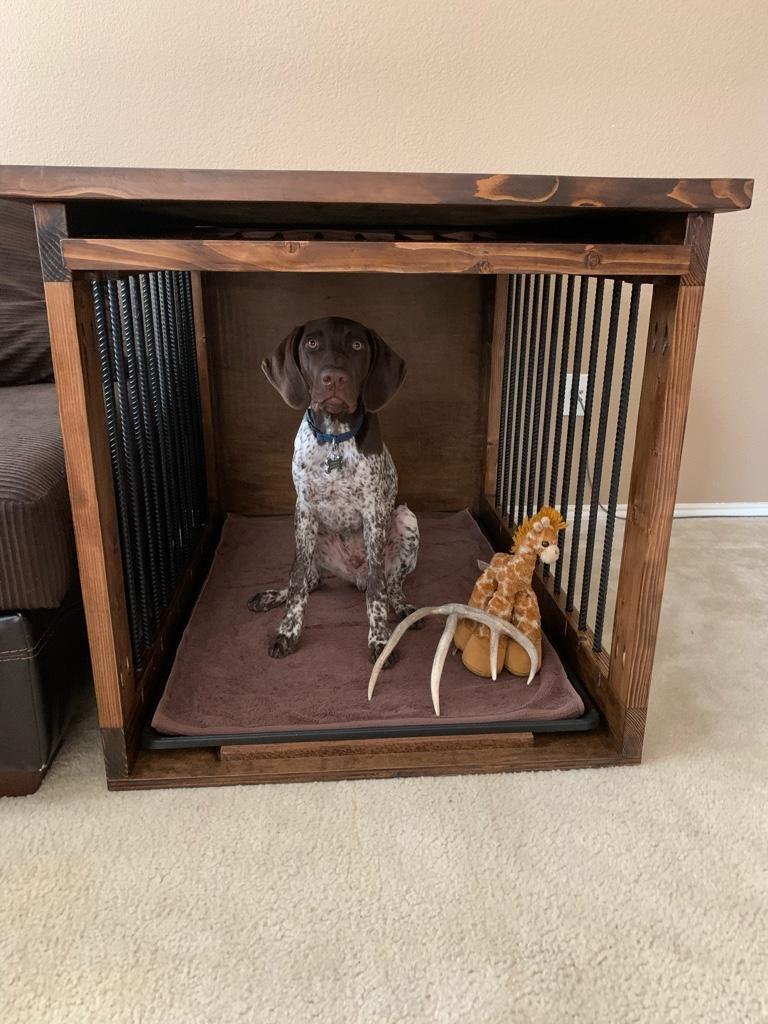 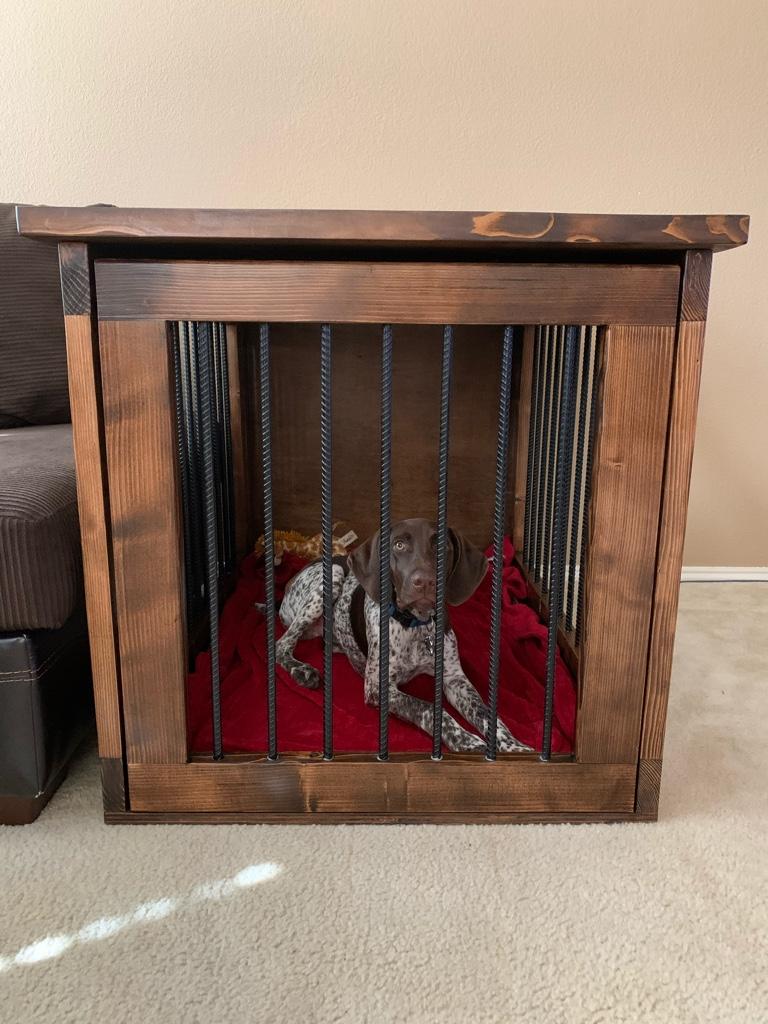 That's good looking! When I started my vet practice 30 years ago, I was on a shoestring budget. Built my kennel cages using frame and panel that were mortised and tenoned. Fitted them into slots cut into 2x4's and wrapped the assembly with 3/4 plywood. Everything glued and screwed. I made units that were 5 cages long and stacked them 3 high. After about 8 years of filling them with dogs, I could afford stainless steel cages. It took a chainsaw to break them down and move them out! That thing will last!

very cool....and far more woodworking skills than I have! I'd tell my kids/grandkids...."no more time out chair....next time...you go in the cage!" I think the solid back is a good call as well. Will help structurally as well as keep any accidents or the like from reaching the wall. I don't see a "latch" of some sort.....gotta have a latch to keep the kids in there!!

that looks great! 2 questions, though. will it fit through your doorways, and have you considered putting casters on it so you can move it around the house more easily?

Awesome job Ikeman! Top notch my friend, that is one happy doggy.

I got one just like it but.... its for my 2 year old - had to electrify it, next move is guard towers (facing in)

That's amazing. You should sell them